Will Charlie Sheen’s new FX comedy Anger Management be a hit?
FX sure hopes so. Tonight’s opener (9 p.m. ET/PT) is the first of ten episodes ordered. If audiences still love Charlie, and the series ranks among the top cable offerings this summer, an order for 90 more episodes–to be shot over a year-and-a-half–automatically kicks in.
CTV sure hopes so. Aside for one Olympic sneak peak, they’re parking Sheen’s new series, holding it for an out-of-simulcast fall launch. (Read more on the Canadian broadcast strategy in this feature I wrote this week for The Canadian Press.)
Critics, of course, already hate it. Mo Ryan of the Huffington Post calls it “repulsive.” She adds that “the core  ugliness and toxic narcissism of Anger Management are impossible to ignore.” She also calls it a “lazy, stiff, laugh track sitcom.” I’m pretty sure she doesn’t like it.
The review in the Boston Herald wasn’t much better. “What passes for laugh-track fodder is lame, crude and homophobic,” writes Mark Perigard.
The New York Times zinged Sheen by saying he was “Half the Man He Used to Be.”
Thing is, critics generally hated his last sitcom, Two and a Half Men. It goes into season 11 this fall.
Still, if Sheen has worn out his welcome and the series tanks, CTV may be launching a series this fall which has already been cancelled in the States.
The overnight U.S. numbers will come in tomorrow, but the numbers over the following three weeks will tell the tale. 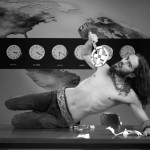 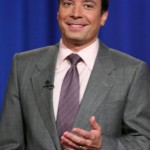