Martin Gero, the showrunner for The L.A. Complex, has an interesting theory as to why his series stumbled so badly out of the gate last winter.
“The problem with the show is that the log line doesn’t make it sound like a good show,” he suggests. “‘It’s a bunch of 20-year-olds living in L I’d be like, ‘Meh.'”

Gero had the same reaction the first time he heard about Friday Night Lights. He wasn’t drawn to a story about high school football, but then discovered “a character drama that had nothing to do with football. Our show is suffering from the same thing. When people find it, they watch all six in one night.”
So how should the log line read for The L.A. Complex?  Epitome president and executive producer Stephen Stohn says “it’s really about the drama that happens when you’re pursuing your dreams. You’re competing against people who are really your friends and your competitors and it’s the time of life when the hormones are raging and you’re being pulled betwixt and between.”
He also hopes people see it as “great summer escapist fun.”
Epitome has a lot at stake with this series. At their Toronto studio, they’ve built an outdoor replica of the facade of the Highland Gardens, the actual Hollywood motel where young Canadian wannabes have been bunking for years. They’ve retro-fitted a neighbouring factory to look like a Hollywood sound stage, complete with a water tower.They’ve basically turned a small corner of mid-town Toronto, east of the Don Valley, into a slice of the Warner Bros. back lot.
Beginning tonight at 9 on MuchMusic and The CW, 13 new episodes will determine if this puppy has legs. It will have to do better than the 600,000 or so who watched each of the first six episodes on The CW Stateside, or the 50-60,000 a week who watched on MuchMusic.
Alan Thicke has been added to the cast as a right wing Christian broadcaster who thinks these young Canadian acting punks are all going to hell.
“Just made total sense,” kids Gero. “When you think LA Complex you think, ‘Why isn’t Alan Thicke on that show?’ So we had to do it.”
For more on tonight’s second season premiere, check out this story I wrote in today’s Toronto Star. 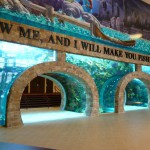 TONIGHT: get fished in with the guys from Tanked 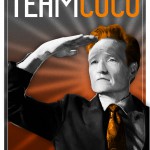