If you’re into the new “All Star” season of Dancing with the Stars, I’m recapping every episode this season for The Star.com. Poor Pammy Anderson got booted off Tuesday night’s excruciatingly long and boring first results show. Anderson’s marriages didn’t seem to last as long as that two-hour episode, padded out with appearances by Justin Bieber and Pit Bull and a whole lot of host Tom Bergeron vamping for time.
When I spoke with Anderson at ABC’s TCA press tour party last August she seemed a bit nervous about re-joining the dance series. “Most of the other people are former finalists so I think I may be comic relief,” she said. “But I never say no to anything so I was up for it right away.”
Anderson, 45, said DWTS was “more work than people think,” but, as the mother of two teenage boys, she felt she could get in step again. Didn’t seem that way Monday.
She hinted Tuesday night that she may be Broadway bound. Last August she said she was getting bored with Hollywood and was ready to move back full time to Vancouver Island. Watercolour painting and poetry were more on her agenda, she said. Looks like she may have more time for both now, depending on that possible musical stage show gig.
Read about Tuesday’s DWTS results show here and Monday’s livelier season premiere here at TheStar.com. 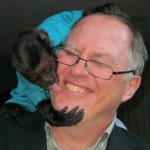 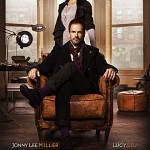