This week, CHML’s Scott Thompson wanted to know more about that shot of me and Batman (posted a few days ago). I tell the story behind the picture, and ramble on about why the 1966-68 superhero series has never been released to home video or the DVD market.
Scott also wanted to know if the hockey lockout has hurt CBC. Yes, that would be a net loss all around. The public broadcaster has already kissed a ton of ad revenue goodbye in a fall TV season where it went in hurting for money. Those pick your favourite games from the past filling in on Saturday nights are drawing ten percent of the normal Hockey Night in Canada crowd.

Should a miracle occur and the owners and players end their dispute this week, that noise you will hear will be CBC executives shouting for joy. Games in January are critical as the network launches new shows like the crime drama Cracked and shuffles others to new nights, including the key move of Dragon’s Den and Republic of Doyle to Sundays starting January 6. CBC needs its steady two million-plus viewer platform to drive its 2013 schedule. Otherwise, the entire CBC lineup will be cracked.
Scott asks about other stuff too. You can listen in here. 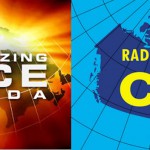 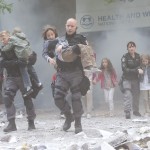 Flashpoint goes out with guns blazing