The Ford Follies has crossed the line into one big-ass, E! Channel reality show. Canadians can never feel smug again about the Kardashians or Honey Boo-Boo or even Health Care.
A glance at Facebook or Twitter Wednesday afternoon showed how deep this Rob Ford obsession has become. People who would normally be, like, working, were glued to the set, watching a Toronto city council meeting carried live on CNN.
Kimmel played highlights on his show, adding the famous “think” music from Jeopardy while Ford pondered counselor Denzil Minnan-Wong’s question as to whether he had purchased illegal drugs in the past two years. (Long pause from hizzonor, Jeopardy ditty, then “Yes.”)
That gotcha moment was followed by the mayor’s hilarious declaration that it’s been years since he’s been thrown out of a Leafs game at the Air Canada Centre.
Kimmel pointed out that the non-binding vote to toss Ford was 37-5, with the five dissenting votes coming from the two Ford brothers, “a crack dealer and two hookers.
“It’s like Toronto has a 400-pound Andy Dick running the city,” joked Kimmel.
Now–how can I get one of those bobble heads for Jimmy?
Jimmy KimmelRob FordUncategorized 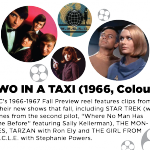 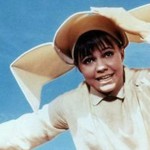