PASADENA, CA–Holy crap, are the folks behind Girls ever defensive.
A reporter touched off a firestorm Thursday by opening the session for HBO’s Girls (back for a third season Sunday at 10 p.m. ET on HBO Canada) with this question, directed to Dunham:

I don’t get the purpose of all of the nudity on the show, by you particularly, and I feel like I’m walking into a trap where you go, “Nobody complains about the nudity on Game of Thrones,'” but I get why they are doing it.  They are doing it to be salacious and, you know, titillate people. And your character is often naked just at random times for no reason.

Now, it reads clumsy, and it isn’t really a question, but I knew what he was asking. Why is Lena Dunham so stark naked so often on Girls? To me it’s a fair question, and the nudity did seem random at times in Season Two. Besides, I doubt any star of any series has ever been that exposed before. If Louis CK was that naked on Louie, we’d ask why.
There sure would have been better ways to ask the question, although, to be fair, if asking a clumsy question was a crime, half of us down here at press tour would be in Alcatraz. You could have just asked Dunham where she got the courage to take off all her clothes before the cameras, and why she thought it was important to do so on Girls.
There are also so many other ways the question could have been answered. Girls‘ executive producers Judd Apatow and Jenni Konner reacted like outraged parents out to protect and defend their child. “Do you have a girlfriend?” asked Apatow, his forehead sizzling like a hot hamburger. “Does she like you?”
When the reporter stammered yes to both questions, Konner added, “Maybe she’s a misogynist.”
Whoa.

Dunham tried to fight her own battles. She said she felt the nudity on the show was “a realistic expression of what it’s like to be alive, I think, and I totally get it.”
Then she fought back, too, showing why all this got under her skin:  “If you are not into me,” she said, “that’s your problem, and you are going to have to kind of work that out with whatever professionals you’ve hired.”
Apatow and Konner kept at it. Konner apologized at one point for appearing to be in a fog, “I’m in such a rage spiral about that guy that I literally could not hear.”
Later in the hall, Apatow continued to scold the reporter.

“Read your question,” he kept saying. “If you re read it and listen to it You will not be proud of yourself.”
The reporter said he had and still wasn’t clear why Apatow was so pissed. The producer then veered way out of bounds, telling buddy his question betrayed “a lack of depth in how you watch the show.”

So there. Apatow also called the guy “sexist, offensive, misogynistic.”
When he calmed down a little, Apatow gave a very clear and reasoned answer to why all the nudity on Girls. He pointed out that the actress/writer has the guts to do it, first of all, allowing the series to explore sex and young people in New York in an honest, insightful way other shows can not.
He wished other stars he has worked with in his many feature films, singling out Seth Rogan and Paul Rudd, were as brave. “I would use it,” he said of nudity from other stars, “because it is more honest—most people will not go there.”

I told Apatow why I’m not comfortable with Girls. As the father of a young woman the same age as some of the core Girls group, I just do not want to believe that her life is as nasty, desperate and unromantic, not to mention self-absorbed. I didn’t say it quite like that, I think I said, “damaged.”
Apatow–father of a 16-year-old girl–could see where I was coming from, but told me I’d like his show in about five years, when my daughter had moved on to a more settled stage of her life. He suggested his show may not mirror Katie’s experience but it probably sheds light on the world of some of her friends.
He’s probably right. Sometimes stepping back and gaining perspective can be a good thing–for a TV show or for a press conference.
I also got why he went ballistic at the session. As a dad, I’d take anybody apart who tried to hurt my little girl. Any parent would be proud of all that Dunham has accomplished at 27.
Wrote more on the Girls press tour kerfuffle. You can read it here or in Saturday’s Toronto Star. 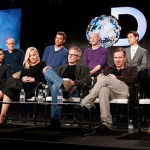 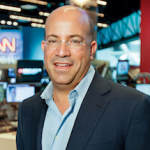