It was thirty years ago, my first time in Hollywood. I was at the offices of TV Guide Los Angeles, at the time located on a top floor of a tower on Sunset Boulevard.
I step into the elevator, and there’s Jay Leno. This was well before he became host of The Tonight Show. Despite the fact he was dressed casually in bike leathers and jeans, I recognized him instantly. He was already one of the biggest names on the comedy club and talk show circuits.
I guess I was starring a little, never having been in an elevator with a big star before. Leno sensed my unease, stuck out his hand, and said, “Hi, I’m Jay Leno. Where ya from?” He couldn’t have been friendlier and made a very winning impression.
Thursday he leaves The Tonight Show for a second time. The first time didn’t go so well–for NBC and Conan O’Brien–but now, at 63, Leno goes out on top of the ratings. He beat arch rival David Letterman nineteen years in a row.
The contrast with Johnny Carson’s exit, however, is extreme. Carson enjoyed a year-long victory lap when he quit at 66 in 1992. Bette Midler sang, “One For My Baby” and millions wept. It felt like a death in the family.
When Carson left, it also meant the end of the road for Ed McMahon and Doc Severensen. Leno had a few bandleaders and announcers and nobody will ever remember any of them.
Leno leaves after nearly 22 years as host, putting him second only to Carson in terms of longevity on Tonight. Jack Paar left after five touchy but memorable years. Original host Steve Allen also lasted four or five years if you count the year Tonightwas a local late night entry.  When Allen left to do other things, by all accounts, it was a big deal, too.
Even Conan O-Brien’s hasty exit was an event. In Canadian political terms, O’Brien was Joe Clark to Leno’s Trudeau, basically a temp. That last Conan Tonight Show was unforgettable, however, a tour-de-force. O’Brien went out on his shield.
Leno’s departure should be a big deal, but it isn’t. He’s booked his pal Billy Crystal and Garth Brooks as his guests, which sounds like a pretty good lineup for 1993.
When he was shoved aside by NBC the first time, for O’Brien, Leno ended his show by gathering on stage all the children born by his staff over the years. I’ve been to a Leno taping at NBC in Burbank, and the people who work for him, including former publicists, say he’s the best boss ever.
Now those families are all looking for work. Leno’s successor, Jimmy Fallon, is bringing Tonight back to New York. Tonightin LA dates back to the early ‘70s, when Carson brought the show West.  With Jay gone, so goes his studio. NBC has sold their entire lot in Burbank. Somebody else owns all the buildings remaining on the old NBC lot, right down to the parking space where Leno would roll in each day with a different car. Folks who line up to take the NBC Studio tour are now guests of some other company. The Peacock network has quietly transferred personnel and production to its sprawling NBC/Universal lot a mile or two West. Carson’s “Beautiful downtown Burbank” is no more.
Albert Brooks tweeted the other day about how he was one of the first guests on Carson’s LA Tonight Show and how odd it feels not to have that series down his street anymore. For Brooks and others, it feels like The Dodgers have moved back to Brooklyn.
None of this will matter too much to viewers. Most people could not tell where The Daily Show or Colbert originates. They just come for the funny.
That’s what Leno offered every night at 11:30. He brought jokes to people’s living rooms and put them over as well as anybody. Yet he leaves with a whimper. Could it be that people just expect him to pop up again in late night soon? Or is The Tonight Show just no longer “the late night place to be”?
It doesn’t seem to be in Canada, where Fallon’s Tonight Show–beginning Feb. 17–will air on CTV Two.
Jay LenoJimmy FallonJohnny CarsonNBCThe Tonight Show 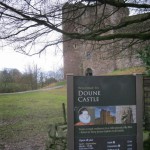 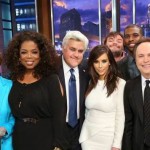