STIRLING, SCOTLAND–What do visitors to Scotland do? Well, besides golfing and avoid eating haggis, visit castles, of course.
One of the most famous is Doune Castle,a medieval marvel in the Stirling district of central Scotland.Built in the late 14th century, it survives as a Scottish heritage site and is occasionally rented out–under strict control–for TV and movie use. Outlander–a time-traveling historical drama based on the Diane Gabaldon novels–is the current TV tennant. (The series is coming later this year to Showcase in Canada and Starz in the U.S.)
And, yes, Doune Castle is the place where they filmed Monty Python and the Holy Grail in 1974. If there was any doubt, you can buy Monty Python beer in the tiny gift shop on the way out. There’s also a metal bucket helmet in the store, left over from one of the Knights who say Niii.
Mike, the jolly historian who guided us through the place, said things are a little more stringent than in the Monty Python days. The Outlander folks have tricked out the outdoor area inside the castle walls for the TV series, but everything will have to be put back exactly as it was before filming began.

The National Trust will not allow filmmakers to light large fires in the hearths or light the torches that would have lined the castle walls, so much of the Castle interior has been skillfully recreated at a converted warehouse studio north of Stirling.
Again, things were looser in the old days. The bloody Trojan rabbit scene from Monty Python was filmed in the entryway to the courtyard, but he was out when we visited, which was just as well. Nasty little biter.
The castle was privately owned for ages. Mike, the historian traveling with the press on this trip, explained that the roof had recently been restored with heavy wooden beams, saving the castle from further deterioration. Some of the landowners who had these giant homes handed down to them took the roofs off to avoid property tax–leading to the destruction of several landmarks.
Doune’s sturdy stone walls survive well enough to allow visitors to scale the curved staircases right up to the turrets on the roof, where canny Scots can hurl smelly things down on the Brits and French below. 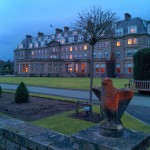 Soaring with the Gleneagles 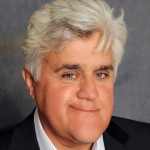