Ron James got the call today: his CBC sitcom has been cancelled after five seasons.
The Cape Breton comedian wasn’t entirely surprised.
“I was bounced around by CBC more often than an Albino foster child,” said James, who makes a living with just that kind of a glib turn of phrase.
He does have a point, however. Over those five years, The Ron James Show aired on Fridays (inheriting the old Air Farce slot), then Mondays, then Wednesdays and this winter, back to Mondays (at 9:30 p.m.).
Given the long hiatus between seasons, it was a wonder anybody could find the series. Only 275,000 did this past Monday according to overnight estimates.
The series was produced in Toronto by Lynn Harvey’s Enter The Picture Productions. Plenty of fellow Canadian comedy actors found their way into sketches on the series over the years, including Eric Peterson, Peter Keleghan, Patrick McKenna, Linda Kash, Sean Cullen, Raoul Bhaneja and Karen Leblanc.
James says the network might have put up a few more posters. “It’s not as if I’m a buck-toothed hairy troll,” he says. He feels the series “swung well above our weight” through most of its run.
James’ comedy road specials–rerun on several occasions–are a pretty consistent draw, often nudging a million viewers. The network apparently offered him another one; James says he’s thinking it over.
He’s grateful for the run, acknowledging five years in Canadian television is like 25 in America. He’ll miss coming in and doing what he views as a dream job.
For now it’s back to live gigs for this comedy road warrior, although he does plan to visit a daughter in Glasgow. There’s also that summer canoe trip in the Yukon he’d like to get off his bucket list.
But a phone call? They don’t even fire you to your face?
“Naw,” says James, “they have their hands in the water faster than Pontius Pilate.”
James’ departure comes the same week as official word George Stroumboulopoulos Tonight will not be back. With the loss of Hockey Night in Canada revenues and further budget cuts, more CBC departures are expected. 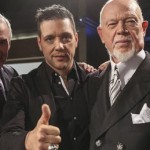 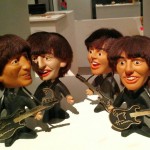