The best moment of Sunday night’s seventh season Mad Men opener was when eye patch-wearing Ken (Aaron Staton) went to throw that earring back to Joan (Christina Hendricks)—and missed by a mile.
That one bit of physical comedy stood out in an otherwise dark and unsettling episode. Even Mister Comedy Gold himself, Roger Sterling (John Slattery), was off his game Sunday night. The trippy free-love scenes had their moments—especially when he used the phone as a codpiece—but the scenes with his daughter in the restaurant were just odd.
It was, however, hilarious seeing Pete (Vincent Kartheiser) in that preppy tennis shirt with his polo sweater tied around his shoulders. What a dweeb.
So much seemed upside down at the end of the previous season. Creator Matthew Weiner seemed determined to show on Sunday night’s episode that life goes on even in the midst of change.
Don (Jon Hamm) was still in career limbo, playing Cyrano to some lumpy marketing dude who keeps bringing him sandwiches. He’s sort of back with his wife Megan (Jessica Pare), flying out to the West Coast and congratulating her on getting a call back for the pilot of Bracken’s World.
Here Weiner has all the recappers diving back into Wikipedia. Bracken’s World was an obscure NBC drama which lasted a season-and-a-half back in 1969-70. It was about Hollywood and starlets and aspiration, so Megan seems well cast. A pre-Airplane! Leslie Neilsen eventually played the title character, the powerful head of Century Studios.

TV is used symbolically throughout Mad Men and it was a big part of Sunday’s opener. Don buys Megan a big console TV, which just seems to piss her off. We see him watching Richard Nixon’s inauguration speech, placing the start of the season in January of 1969. There’s a glimpse of the Joey Bishop Show, ABC’s attempt to program in late night opposite Carson. Another time a wide awake Don and Megan are in bed, watching a fairy tale.

There were some inspired music choices. Introducing Don with the Spencer Davis Group‘s “I’m a Man” blaring was cool. [Originally I had the band misidentified as Chicago, who also covered this song.] Who wouldn’t want to shave (although an electric razor?) and hit the moving sidewalk to that soundtrack?
Seeing Megan pop out of that sporty black convertible Triumph just screamed ‘60s cool. (Loved the clunky big Eldorado parked behind them.) They are, as Megan’s agent tells them later at the LA restaurant, the favourite couple of the moment.
Although they’re not, and both know it. Draper admits as much to the stranger on the plane, played with panache by Mad Men’s latest Canadian, Neve Campbell. Another time, another place, there two renew their membership in the Mile High club.
The scene is so heavy with symbolism it is a wonder the plane was able to get off the ground. She tells of a dead husband and ashes spread not at Pebble Beach but at his second choice, Disneyland (Tom Sawyer Island, to be specific–at least it wasn’t “It’s a Small World.”). He says his wife knows he’s a terrible husband then blurts, “I keep wondering, have I broken the vessel.”

The choice of words seem too telegraphed and false. Draper finally bares his soul and he sounds like a character from “As You Like It”? Her earlier pronouncement that her hubby “died of thirst” also seemed a reach. Maybe people just were that much more eloquent in the ‘60s.

What was interesting was how Don took (and offered) comfort to a stranger in a whole new emotional way. When she comes right out and offers to make him happy in the good old fashioned way he says he has to work and declines the opportunity. He then opens a window—ending turbulence. All that was missing was his good angel on his shoulder reflected in the window giving him a thumbs up and a wink.
It was fun seeing dude from Cougar Town, Dan Byrd, get a little face time as the marketing exec giving Joan fits.
Peggy (Elizabeth Moss), who seemed poised to takeover Sterling Cooper at the end of last season, instead is being marginalized by the gruff new bosses. She and Don are both in tears at the end of Sunday’s opener, hammered home with Vanilla Fudge’s psychedelic take on “You Keep Me Hanging On.” Symbolism, man, heavy.
The episode was titled, “Time Zones” and even opens with (Don’s) copy for Accutron watches. “It’s time for a conversation,” is the pitch.
Time is of the essence for Mad Men, beginning its final season (although broken up into two parts, with the real final episodes airing in 2015). Time seems to be running out for several key characters, too, especially Don, Peggy and Roger. I still find the series compelling to watch, for the acting and for the writing. This end game is ramping up expectations which will be difficult to deliver on–just ask the makers of Accutron, or, for that matter, Bracken’s World.
AMCDon DraperJon HammMad MenMatthew Weiner 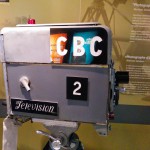 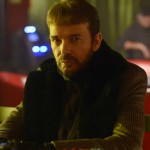 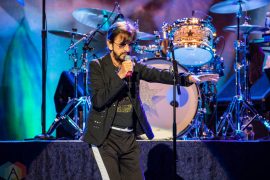