When people talk of this new “Golden Age” of television, shows such as The Wire and The Sopranos are often cited as the starting point.
Kiefer Sutherland–back as Jack Bauer in Fox’s revival of another respected show, 24–says the spark goes farther back to Hill Street Blues.

“Dramas changed for me with Hill Street Blues,” says Sutherland. “As a young television watcher, there was nothing like that for a very long time.”
I don’t think I ever missed an episode of Hill Street Blues, certainly not in those first four years. The series ran seven seasons, concluding in 1987. You wanted to be in front of the set for the opening notes of Mike Post’s simple, soothing, somewhat incongruous theme. In its 1982-83 heyday, Hill Street was the topper to what was coined “Must See TV” as part of a Thursday night NBC lineup that included Cheers, Fame and Taxi.

Way back when I was living in Los Angeles as photo editor of TV Guide Canada, I was fortunately to get on the set. The photo above, from 1986, shows me getting arrested by Hill and Renko, a.k.a. Michael Warren and Charles Haid.
Looking back, I’d have to say that was pretty cool for a TV scribe, the hockey player equivalent of getting elbowed in the head by Gordie Howe.
On April 29, Shout! Factory releases  Hill Street Blues: The Complete Series. The 34-DVD boxed set contains all 144 episodes. You can, and should, order it here.
Revisiting the pilot isn’t so much a trip as a revelation.  It remains taut and gripping. Only the large, clunky phones (the cops are even shown using pay phones in a few scenes) jar you back 30 years.
Shout! hooked me up on the phone with Haid, who does not sound like a fella who is now 70. He sounds, in fact, just like Renko.
Haid is a lively interview and the keeper of all the Hill Street stories, although many of them will forever remain in the vault. He gives full credit to series creators Steven Bochco and Michael Kozoll for the series’ creative success, adding contributions from master storytellers David Milch and Jeffrey Lewis were key. He also singles out director Robert Butler, who helmed the first four episodes, as very much responsible for the show’s trademark (and daring for the time) hand held camerawork and other documentary style touches.

As for the cast, Haid jokes that “none of us were good looking enough to be on TV”–except, of course, for Veronica Hamel, who played smoking hot prosecuting attorney Joyce Davenport.
“She was a model man! We used to be all about that!” says Haid. “You know, – give us a chance! You know, please! Leave that door open for everybody, please.”
Apparently the door was opened for one or two cast members, but Haid won’t give up any names. “Oh no buddy, uh uh. None of that. Those are things we all promised we’d never talk about.All I can say is, you would have loved being on the road with us.”
Haid says the cast were a true family. They’ve reunited several times over the years, recently at Betty Thomas’ house. (Thomas played officer Lucy Bates and, like Haid, went on to direct.)
Listen here as Haid tells me a hilarious anecdote about just how tight the cast became, sometimes in the face of self-inflicted adversity (apologies for me laughing like a hyena throughout the minute-and-a-half clip).
Another tidbit Haid acknowledged but would not elaborate on were the rumours of drug use on the set. Bochco discusses the issue directly on the DVD commentary over the pilot episode, saying he had to fire a camera assistant when he found out the guy was supplying drugs to certain cast members.
Haid confirms that happened and that drugs remained a problem even after the supply line was cut short.

“Our generation was the last of the beer-drinking, pot-smoking hippies,”he says. “The ’80s paid a great toll on our business. Many people were harmed by the ’80s.”
Haid survived and thrived as a directer post-Hill Street, helming several episodes of other Bochco projects such as Murder One, L.A. Law and NYPD Blue. He later went on to be one of the main directors on ER, picking up a DGA Award for his work on that series. In recent days, he directed another show often linked with today’s Golden Age–Breaking Bad.
Haid, for one, thinks all this Golden Age talk is hogwash. “If you really want the Golden Age, it was when Sid Caesar was on,” he says. “That’s when stuff was new and interesting and not the same.That’s just how it rocks.”
Haid is still acting and turns in a complex, moving performance in One Armed Man, a short film by Tim Guinee (curently seen as an actor in Revolution). Based on a 30-year-old script by playwright (and Guinee’s father-in-law) Horton Foote, the film recently wowed critics at the SXSW Film Festival. There are raves from everyone from Matt Damon to Gus Van Sant and Ed Harris at the One Armed Man site.
Read more about Haid and Hill Street here at this feature I wrote for The Canadian Press.

For an example of just how funny Hill Street could be for a serious police drama, check out the clip below of the infamous “Chicken Chase” featuring Bruce Weitz as loose cannon detective Mick Belker:
Charles HaidHill Street BluesNBCShout FactorySteven Bochco 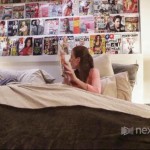 Worst. Commercial. Ever: Next Issue 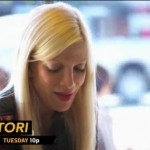 Spelling check: not so True Tori?