By now you’ve seen this ad for Next Issue, Rogers’ on-line magazine service:
A young couple walk through a busy airport (Terminal 1 at Toronto’s Pearson). The woman can’t be without her giant stack of current magazines so her whipped boyfriend tows about 100 of them behind her as they make their way to the check in counter.
They take a turn and–uh oh!–loverboy tips the whole darn news stand, sending 80 or 90 issues all over the floor.
Cut to the woman who smiles and makes a little “oopsie” face indicating she’s amused and will probably give buddy one more chance if he gets down on his knees and picks everything up immediately.
What a bitch!
Can this guy not man up and say, “Here’s where you can put these magazines, Broomhilda. Plus, while you’re at it, see your iPhone? If you want to stay in this constant state of superiority and distraction, read stories your idiot friends suggest for you for free on Facebook like everyone else in the universe.”
So I see why Rogers is trying to hustle this service. The ads though are beyond lame.
Another current Next Issue ad shows this couple in bed. They are also insanely over read and have an entire magazine stand as a head board. I`m sure their sex life is fantastic.
In order to reach the latest edition of “O” and find out How to Verbally Castrate Your Man and Make Him Think it is His Idea, however, the woman has to stand on the mattress and then stomp on hubby’s sleepy puss.
Oopsie!
The cute music lets you know it is all in darn good fun.
It’s not. It is this week’s Worst. Commercial. Ever. 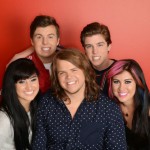 Get this week’s Idol and Dance recaps here 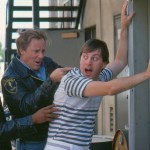