This week, CHML’s Scott Thompson wondered if it was wrong to compare Better Call Saul to Breaking Bad.  He describes those first few episodes of Breaking Bad as “a sack of angry cats.” I think that means he feels it was the cat’s meow right from the start.

Better Call Saul (Mondays at 10 p.m. on AMC) will get more intense too, I tell Scott. It’;s not the lighthearted, goofy little show it could have been if creator Vince Gilligan had decided to follow star Bob Odenkirk in a comedy direction. Instead, Odenkirk has been challenged to step up as a dramatic lead–much as Bryan Cranston made the comedy-to-drama leap on AMC’s earlier show.

Scvott also asks what the deal is with NBC benching Brian Williams for six months and Jon Stewart walking away from The Daily Show almost all in the same day. Scott is way to ready to embrace my jokey suggestion that Williams is meant to take Stewart’s place as a fake news anchor. This leads to a lot of blather on my part about how the fake news has become the real news for many of us who gave up on the real news a long time ago.

Scott asks if newscasts “are trying too hard to be entertainment” and other serious questions. We talk about how network newscasts seem to be half-hour infomercials for what’s coming up in prime time. With the blurring of the lines, it’s no wonder Williams “misremembered” his chopper tale. I wonder if Williams maybe did go on Fallon too many times slow jamming the news.

Scott invokes the great 1975 film “Network.” I reference Dan Rather. You can listen in here. 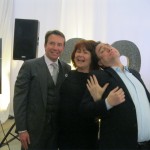 VIDEO: Ottawa rolls out the red carpet for 22 Minutes 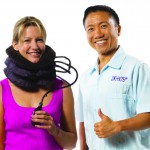