“If you disagree with us, ignore us.”

Who knew he had that much power and influence?

The Little Station that Couldn’t rose from obscurity and is now headed for oblivion. It peters out a few days after Brian Williams implodes and a day after Jon Stewart announces he is stepping down from The Daily Show, making this a tough week all around for fans of fake news.

Quebecor deserves all the blame for turning an interesting idea—creative an alternative, conservative news voice—into something most Canadians wouldn’t touch with a Dr. Ho foot pad. We’ll never know now whether Canadians rejected the idea of a Fox News North or if they just rejected something that looked like an under-funded, over-hyped infomercial.

Officials at Sun News repeatedly blamed its mounting operating deficit on the CRTC for not forcing the channel on cable and satellite subscribers. Even had it won “must carry” status, Sun News seemed ill prepared for a migrating ad market and rapidly shifting patterns in how television is consumed. Canadians bombarded with ads to crave this and shomi that are looking to unbundle or cut cords, not pay for services forced into their homes.

Sun News never missed a chance to yelp about CBC’s free ride and billion-dollar appropriation. Yet it quickly became clear Quebecor was counting on the same free ride through carriage fees. Even if you were entertained by Levant or found news value in David Akin’s reports, this suck and blow at the same time thing just never passed the sniff test with Canadians. Ignore us, Levant was saying, just keep paying for us. 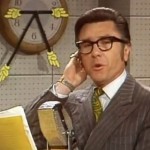