Politicians were called on the (red) carpet last week in Ottawa as This Hour Has 22 Minutes performed for the first time outside of Halifax. I worked the carpet and caught opposition leader Thomas Mulcair and MP Scott Brison among the Parliamentarians who braved the performance. The show was taped before a packed crowd of 700 at Algonquin Colleges’ Commons theatre. The buzz at the after party was this should be an annual event.

Mark Critch, Susan Kent, Shaun Majumder, Cathy Jones and special guest Mary Walsh were almost as quick with the quips as the politicians themselves as you can see from the video clip above. The special Ottawa episode airs Tuesday at 8:30 p.m. on CBC.

UPDATE: For more on this special episode, follow this link to the story I wrote while on location with the cast for The Canadian Press. 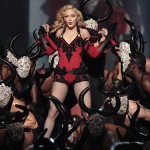