These Vanity Fair folks have their video act together. This gem finds Stephen Colbert’s rivals pitching tips for his debut as host of The Late Show, happening Tuesday night at 11:35 p.m. on CBS and Global. Kimmel, Conan, Maher, Noah, Wilmore, Meyers, Corden and Oliver all weigh in; Fallon is curiously missing. 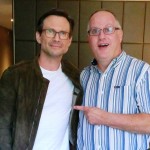 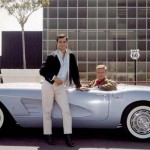