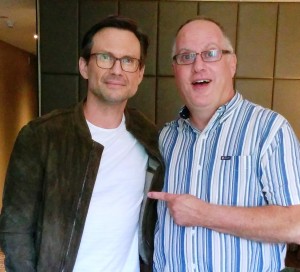 Christian Slater was in Toronto this week promoting the premiere of Mr. Robot in Canada. The cyber-punk thriller just concluded its first season summer run on USA Network, and launched in Canada on Showcase Friday Sept. 4.

Shaw had Slater working the media in downtown Toronto Thursday, which is where I caught up with him. He says he has fond memories of working in Toronto with Tim Allen on the 2001 feature “Who is Cletis Tout?”

“You have a lot of raccoons, man!” he observed. “There’s no doubt about it. Those guys are vicious!”

Slater is from New York. Don’t they have raccoons there, I asked.

“We have more hideous looking creatures. I would take raccoons over those guys.”

Already renewed for a second season and a hit with critics, Mr. Robot may finally be Slater’s TV series success story. Over the past decade he’s taken a run at the broadcast schedule just about every other year.

He and his wife binge watch, he says. Their latest favourite is a Comedy Central series called Another Period.

“Weird show,” he says. “You start getting involved with these characters.”

“Is it about hockey?” I ask. In case the raccoons weren’t enough I wanted to make sure Slater knew he had crossed the border.

We talked a bit about Slater’s involvement on the animated FX comedy Archer. He plays a character named Slater. “They gave me the option of naming the character and Slater was one of the options,” he says. He’d been a fan of the series before being asked to lend his voice to the series.

Besides Mr. Robot, Slater also appeared once on Robot Chicken. I asked him to compare and contrast. You can see how awkward that went on the video below.

You can read more about Slater and Mr. Robot here at this story I wrote for The Canadian Press. 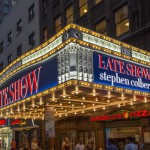