When I spoke with Norm Macdonald this summer in Montreal at the Just for Laughs comedy festival, he was quite happy to talk about Sunnyside. The all-Canadian comedy returns Sunday at 8 p.m. on City with the first of several brand new episodes.

Shot in Winnipeg and co-created by Dan Redican and Gary Pearson, Sunnyside, like The Last Man on Earth (new to City, which picks up with the second season premiere at 9:30), is one of those clever, cable-like shows airing on a broadcast network. They stand out in a sea of seen-it-before because they’re wildly original.

Now, I’m a little partial to Sunnyside ever since Gary and Dan invited me out west last January to shoot a juicy little cameo. In season one, that’s me hailing a cab and a pony beats me to the back seat. There’s an infestation of ponies, as well as clowns, TV critics and other fiendish thingies, in the strange town of Sunnyside.

The main cast, made up of improv pros Pat Thornton, Patrice Goodman, Kathleen Phillips and others portray all of the wacky townsfolk–mayors, cops, robbers, etc. It’s a very busy ensemble and they keep the wigs and wardrobe people hopping.

Not seen, but heard, is Macdonald, who plays the voice in the hole in the street. There is no Internet in Sunnyside, so townsfolk with questions line up and bellow their inquiries down an open manhole. Macdonald, with his familiar nasal-y twang, makes with the snappy answers.

Macdonald says he’s long been a fan of Redican, dating back to when the latter was one of The Frantics. The four-member comedy team had memorable radio and CBC TV shows back in the ’80s. (I can attest that Redican was funny–in an original, twisted way–way back in the ’60s when we both attended the same grade school in Toronto.)

“He was one of the first guys I was into in comedy,” says Macdonald, 51, recalling a Frantics’ sketch about rival gangs in Mississauga. “I liked Dan Redican the best.” So when he was asked to provide the voice of the hole in the street for the series, Macdonald says, “I was really happy. It’s a funny idea.”

‘Course, there is another thing about the gig that pleases the former Saturday Night Live Weekend Update anchor. “Anytime I can do a voice-over I’m happy. No makeup.” 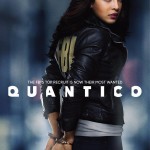 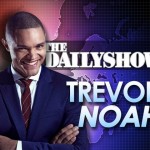