The big loser in Monday’s Canadian federal election? Media companies who raked in record revenues over the course of that 78-day campaign. The tens of millions spent by the Conservatives on all those, “He’s just not ready” ads plus further tens of millions spent by the Liberals and the NDP, plus assorted special interest groups, had to be like manna from Heaven for TV networks, radio stations and newspapers facing ever-shrinking sources of revenue. These had to be the only groups who welcomed the extra-long election and would have gleefully endured another 78-day stretch.

Justin Trudeau’s strong Liberal majority win also probably means Monday’s contest will be the last federal election presided over by CBC News anchor Peter Mansbridge. Mansbridge has publicly stated he does not intend to be in the job once he enters his 70s. He is 67. If Monday is his last big political show he went out in style, relaxed and in charge and bathed in great lighting and effects on CBC’s visually dynamic main atrium set.

The 3D Parliament buildings graphic, which could have been distracting, was cool and effective. Mansbridge shone in smart bursts of casual chatter with old lions such as Bob Rae and Joe Clark. It was odd, though, how Rex Murphy was kept somewhere way down the hall, as if he had some contagious disease thing happening.It just added to his mad dog charm.

CBC’s graphics overall were crisp and easy to read. That map of the East Coast was a big red indicator of how much fun the Liberals would have on this night. Not wanting to spoil it completely for Western Canada, I tweeted early that I hadn’t seen so much red on my TV screen since that wedding on Game of Thrones.

The At Tissue panel doesn’t really work spread out and over-lit the way they were Monday. They should be standing around a water cooler or outside having a smoke. Plus Andrew Coyne should have had his pants pulled down after those daffy Post Media shenanigans.

There, Lisa LaFlamme seemed surrounded as if she was refereeing The View. CTV’s coverage, at times, seemed over-directed. An interesting remote with a chief Liberal strategist was just underway when LaFlamme cut in with a less-than-urgent report from one riding. Those kinds of interruptions were unnecessary and disruptive. Former Prime Minister Brian Mulroney got a window of face time early on CTV’s show. He’s effective in these instances and brought valuable insight but could have been challenged on, say, the impact his old pal Mike Duffy had on the election. CTV had some uncharacteristic technical problems, too, including audio and synch miscues.

I liked Kevin Newman’s gimmicky big screen headquarters. It was like going down to the engine room and checking in with Scotty, except there were way more special effects. Newman could have been overwhelmed by all those billboard-sized Hi-def graphics and statistics but he managed to walk viewers through it all, often at warp speed.

Switching back-and-forth, I missed veteran political specialist Craig Oliver apparently going postal on the subject of Stephen Harper, calling him out as a liar and a cheat. I saw it flagged on Twitter but by the time I flipped back Oliver was AWOL. Those kinds of fireworks are live and dangerous and there could have been more of them from all the networks Monday night. Sun News Network, for example, would have had one of the Ford brothers on as a commentator/comic relief. Just sayin’.

When it finally began after a regularly scheduled episode of the network’s No. 1 Monday night show, NCIS, Global’s election coverage had an old school CTV look–especially when Tom Clark was working the desk along side Bob Rae. Then, every five or six minutes, there would be a Febreze ad, and you’d go, oh, right, Global–and change the channel.

The night dragged on and by the time you got to the speeches it felt like The Oscars after midnight. Justin’s victory speech went on so long I thought Harper was going to prorogue it. 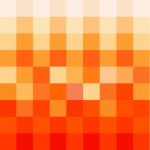 This week’s podcast: Trudeau Justin time to save CBC?