CHML’s Scott Thompson wanted to know what I was doing in New York this week. I tell him about my visit with John Oliver, gearing up for the third season launch of Last Week Tonight with John Oliver (returning Feb. 14 on HBO and HBO Canada).

The interview was conducted around a boardroom table with five other international journalists. They represented newspapers and magazines in France, Poland, Australia and other nations where Oliver is imported. It was interesting to hear how Oliver is revered in France, where freedom of the press has been threatened by terrorists in recent years. Oliver is seen in France–as he is in my house–as fearless and courageous, as well as hilarious.

The man, however, was having none of that, and waved off any suggestion that what he does changes anything. His whole show is focused on making people laugh once a week, he said, and as soon as that show is over, he starts worrying about the next week. We kept trying to give him credit, and he kept pushing it away. Oliver is a very modest man, “typically English” as the lady from Poland observed.

Still, Oliver’s broadcast where he exposed how easy it is to use register a U.S. church as a tax dodge has had a very real outcome. Oliver formed his own church and has so far taken in donations–sent in a dollar at a time–totaling more than $70,000. The money is all being given to Doctors Without Borders.

We also talk about The People v. O.J. Simpson and the upcoming HBO series about rock ‘n’ roll in the ’70s, Vinyl (preemiering Feb. 14). You can listen in here. 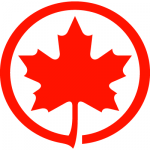 Classic TV still a no fly zone on Air Canada 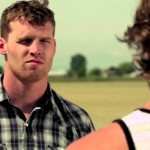