They had to know the risk. The headlines: “Curtains for CBC!”

Thursday in Toronto at their rapidly rented-out broadcast bunker, CBC held it’s annual fall launch in Toronto. Reporters were lifted up to the 10th floor in service elevators and led down hallways where bare walls were wrapped in thousands of yards of curtains and drapes. Every drapery store in southern Ontario had to have been raided for the event. It was like traveling down a Broadway birth canal.

This led to a studio where interviewers were being held. Little stalls were fashioned out of pleather and drapes.

Usually CBC opens with a rock show or has some sort of circus act but this year–despite the news the new federal government was going to loosen the purse strings–everything was subdued. A short clip reel was shown and Heather Conway gave a speech.

“We’re doing really well,” said Conway, despite an audience of crickets–even the Stanley Cup hockey broadcasts commandeered by Rogers have tanked–for two months. This used to be CBC’s most profitable time of year.

Conway ignored ratings and talked about surveys that told her CBC was preferred by four out of five dentists. “That tells us we’re on the right path,” she says. CBC always goes to the survey books when the numbers books looks grim.

Some numbers really aren’t so bad, especially over on the digital side. CBC draws 16 million individual views a month, making it a world leader in that field according to Conway and former Toronto Sun colleague Brodie Fenlon, now in charge of the CBC’s new media end.

CBC’s radio story is fairly robust, too, as Conway pointed out.

It’s the broadcast TV side that needs work. Some shows remain big draws, including Murdoch Mysteries, celebrating its 10th season this fall. One-point-five million come back for that series every single week. The horsey drama Heartland is also galloping along after a decade.

Other shows are just showing their age. Dragon’s Den shed a third of its audience last season. That was a big concern, admitted head programmer Sally Catto. “The Blue Jays just killed us,” she said; Toronto’s exciting playoff run last October slammed hard up against the CBC launch. Sportsnet’s gain was CBC’s loss, and the fact half the dragon’s had been replaced last fall didn’t help.

Catto said some viewers came back once the Jay’s run ended and she wanted to give the new dragon’s a second change to make a first impression.

This fall, Catto leads with an aggressive slate of nine new shows and 25 returning series. A few start this summer, including Baroness Von Sketch Show, premiering June 14 at 9:30 p.m. ET. From Frantic Films, the series stars four funny ladies just in their forties–Carolyn Taylor, Meredith MacNeill, Aurora Browne and Jennifer Whalen. The series was shot in Toronto and every clip I’ve seen so far is fall-down-funny.

CBC seems to have made a dramatic pivot back to comedy. Makes sense given its rich heritage dating back to Wayne & Shuster and Kids in the Hall.

One of the promising new comedies is produced by a fellow who gave the Kids their start–Ivan Fecan. The former CTV czar is now a wheel at B.C.-based Thunderbird Films. Fecan has teamed with Albert Schultz at Soulpepper Theatre Company on Kim’s Convenience. This one-camera comedy, set for fall, is about a Korean-Canadian family running a convenience store on Queen Street. It’s based on the award-winning play by Ins Choi, with Kevin White coming over from Schitt’s Creek to anchor the writing room.

Another comedy, Four in the Morning, premieres in August. It’s about four friends in their twenties who stumble out of bars at four in the morning and hilarity ensues. The young cast–Daniel Maslany, Lola Tash, Mazin Elsadig and Michelle Mylett–are all keeners. Cap-wearing creator Ira Parker says, uh, sure, yep, some of the bar stories may have been based on his own tireless research.

The drama side looks promising, too, especially Shoot the Messenger. Eight episodes are booked for fall in what was originally going to be a summer run. I was on the set in Mississauga late last year and it seemed gritty and ambitious and more like a fall series to me then. Lyric Bent (The Book of Negroes) showed me a clip on his iPhone Thursday and this is a sexy, very adult series. It deals with newspapers, politics and the police and there is a temptation to compare it with The Wire, which is setting the bar crazy high. I can’t wait to see more. Elyse Levesque, my ol’ Haven pal Lucas Bryant as well as Brit Alex Kingston also star. Sudz Sutherland directed five out of the first eight with Jennifer Holness producing.

CBC’s preview day was kooky in that some shows are all shot and ready to drop and others just got the go-ahead handshake. The last show picked up, according to the producers, was Pure, coming in 2017. This is a story about Mennonite gangstas. Seriously. It’s based on true events in Ontario (although it will be shot in Nova Scotia). The Pure guys behind it are David MacLeod and Michael Amo. 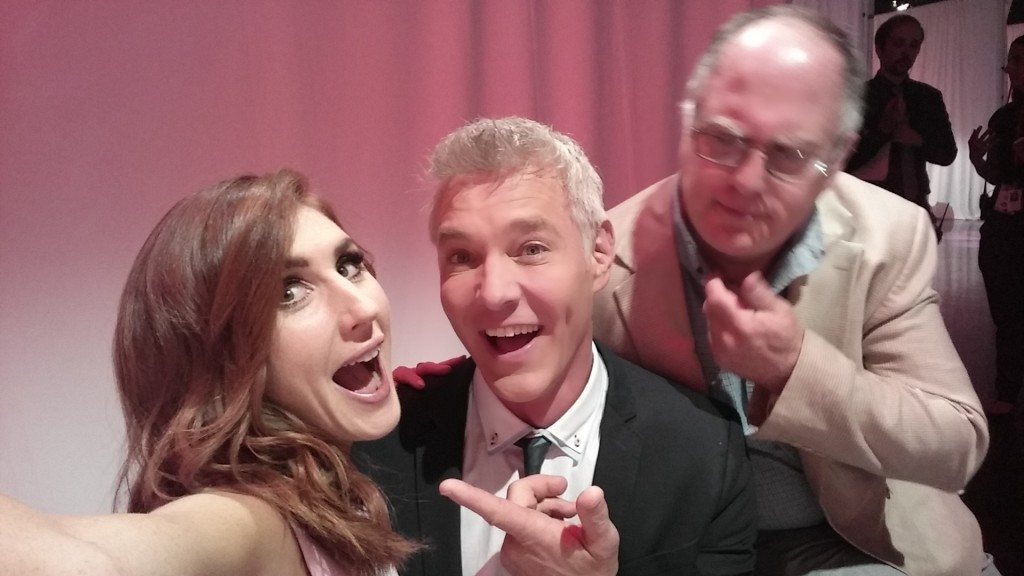 I had a lot of fun Thursday visiting with Jessi Cruickshank and Steven Sabados, who will be hosting a still unnamed daily CBC daytime show come October. Cruickshank seems perfectly cast to bring the fun back for Sabados, who still has to be reeling following the sudden death last August of Chris Hyndman. The new pair will be joined by a cooking expert and one other person to form a gaggle of daytime friends. Judging by the rapport between Jessi and Steven, the other two will have to fight to get words in edgewise.

I also spoke with Ian Hanomansing, who never ages, dammit. I want what he’s drinking. I told him he’s been waiting for this succession longer than Price Charles. Hanomansing chuckled but says what he always says–he loves his job is happy in Vancouver and will roll with whatever happens. He seems to me at least to be the right anchor, right now. As Trudeau might say, because it’s 2016.

Mansbridge, who was not at Thursday’s deal, has said he won’t anchor into his seventies. He turns 68 in July. 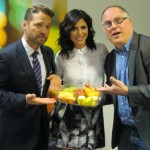 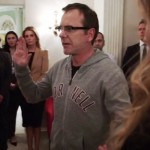 Netflix pushes up the price but CTV wins Sutherland sweepstakes