There was an invasion on the shores of Lake Ontario this week.

Soldiers dressed in authentic, WWII-era moss-green uniforms dodged explosive charges as they ran up from the water. All this while cameras rolled on CBC’s upcoming 10-hour epic Canada: The Story of Us. The historical miniseries will bow next spring in time for the Canada 150 celebrations.

I stepped into history Thursday, observing the re-enactment of the Juno Beach D-Day invasion in Normandy take place just outside of Hamilton. All of the production took place in and around southern Ontario, with places like Elora standing in for other WWII venues. Folks who dress up as reinactors played the soldiers in the beach scenes. Smart–they bring their own uniforms.

Director  Tim Wolochatiuk  is an old hand at guiding war dramas, having helmed “Storming Juno,” Air Aces and Nazi Hunters in the past. Not even the loud exploding charges that went off on the beach Thursday were able to knock the potato chips off his paper plate.

Right after the beach landing, in the same corner of Hamilton’s 50 Point Conservation Area, a recreation of the 1975 Vietnamese “Boat People” landing took place. Canada welcomed 60,000 refugees in the aftermath of the Vietnam War, including eventual Paris By Night host Nguyen Ngoc Ngan.

Over in another corner, Champlain — or an actor dressed up like him — was wandering around, looking for somebody else to be-head.

Juggling all this history was Julie Bristow, now an independent TV producer after years running CBC’s unscripted programming operations. She’s teamed up on this project with the folks behind similar flag-wavers made for American and Aussie audiences.

Besides all this fact-based drama, Bristow says many famous Canadians — from Catherine O’Hara to Wendy Crewson — will take part in the venture, giving their take on what it means to be a Canadian. She agreed it’s been a while since those “Heritage Minutes” and it’s time to update Laura Secord as well as some lesser-known true tales of Canadian heroism for a new generation.

Viewers will hopefully be turned on by history next season with this project as well as CBC’s WWII-era adventure drama X Company plus the upcoming fur trapper saga Frontier, coming to Discovery as well as Netflix. 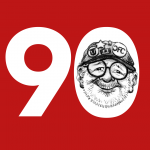 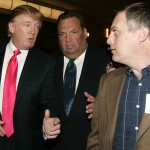