VANCOUVER — If you had a time machine and could hop to any point in history, where would you go?

That’s somewhat the premise behind the new fall series Timeless, coming to NBC and Global Oct. 3.

It’s also the question the Timeless cast members get asked the most, at least it was this week on the set of the series. I was one of a small group of reporters who got to watch the cast and crew shoot the fifth episode of the season. The series follows the three main protagonists — played by Abigail Spencer (Suits, Mad Men), Matt Lanter (90210) and Malcolm Barrett (“The Hurt Locker”) — as they chase evil time machine bandit Goran Visnjic (ER and Crossing Lines). It’s a bit Mod Squad meets Quantum Leap, with a healthy dose of Continuum thrown in. Shawn Ryan (The Shield) is among the executive producers.

On episode five, they chase him back to June 20, 1972 — a couple of days after the Watergate burglary. Posters of Nixon from his ’72 re-election campaign were posted up on the walls of a dilapidated suburban Vancouver hotel/bowling alley (designated as a “fleabag” in the script). A local reporter described the place as a biker motel she’d always been too scared to enter.

Her fears were well placed. A safety memo instructed crew members not to drill into the walls of the place.

Yes, Nixon wasn’t the only horror story back in ’72. They also used to insulate buildings with asbestos.

Outside in the parking lot a dozen classic cars were parked, all sporting cardboard Washington licence plates. There were the usual suspects — a ’65 ‘Stang, an Olds 98, a VB bug — but there was also a late ’60s Ford Fairlane Ranchero. Sweet.

The cast was decked out in early ’70s duds. Spencer looked right at home in her long orange suede top coat. She loves the fashions from the ’40s and the ’70s she’s had to wear on the series so far.

Barrett was a little less comfortable in his tight bell bottoms.

“I’m dressed just like my dad did back then,” he said.

The era they would jump back to if they could? The answers varied. Lanter was up for the Dark Ages, provided he could leap back anytime. Spencer loved that Katharine Hepburn look of the ’40s. Visnjic was wary of doing any such thing, not wanting the responsibility of screwing with the future — one of the thorny problems the series tackles every week.

A scene was shot in the building’s underground garage with a guest star playing Watergate informant “Deep Throat.” The writer of the episode, Kent Rotherman — born long after Watergate — studied “All the President’s Men” and dug into history books to bone up on the subject.

All cast members, including Alberta-native Chad Rook who plays Visnjik’s character’s sidekick Karl — said it was such a bonus coming to work where every day the set would be different. Like working on several series at once, they all said. Trips back to the time of Lincoln, the Hindenburg explosion and Nazi Germany are explored in the first few episodes.

Timeless is keeping Vancouver set designers and dressers and costumers very busy. Like the city needs more work — there is an incredible amount of television being shot in B.C. right now. Crews are perhaps stretched a little too thin, with a couple of veterans apprenticing plenty of rookies on just about every show according to the industry folks I spoke with.

It’s a nice problem to have for a city that just a few years ago was bracing for a downturn in production.

Vancouver even has three or four other time travel shows in production, including Eric McCormack’s Travelers and the returning Legends of Tomorrow. Heck, throw The Flash into that mix, too. 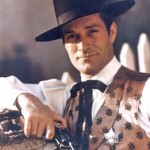 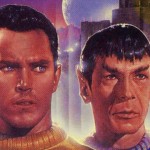