“Filled with giants, dwarves, monsters and ghosts, Twin Peaks most resembles a modern fairytale written on LSD then heavily redacted by the CIA.”

That’s Mark Lawson’s take in The Guardian on Sunday night’s reboot of Twin Peaks. The Showtime series is seen in Canada on CraveTV. Their publicity department send  over a large crumpled box that, judging from the information printed on the outside, once contained an ink-jet printer part. Inside was a mug, a bag of coffee and a mush-up tart.

“To preserve the Vibrancy of Your Mug/Glassware,” went the note inside the fairly generic mug, “please hand Wash with mild detergent and do Not store it for long periods of Time in direct sunlight.”

I’m not sure the P.R. team intended it this way but I took the note as a clue as to how to understand this new version of Twin Peaks. Basically, think of Lynch’s artistic vision as something rendered into broken English by a translation app in China. The result is something weird and a little off, yet still fascinating and entertaining.

The other tip on how to prepare for this new Peaks was provided by Showtime boss David Nevins at the winter TCA press tour. He called it the “pure heroin” version of David Lynch.

Lynch blew everyone’s minds 27 years ago when the original Twin Peaks premiered in 1990. The 71-year-old is competing with himself in this new, 18-hour incarnation, in which he directs every episode.

The first two hours baffled several critics. Dan Fienberg in The Hollywood Reporter wrote that “What premiered on Sunday was as accessibly scary, disturbing and audaciously funny as many of the best parts of the original Twin Peaks, and nowhere near as hallucinatory and subtextually distilled as the prequel film Fire Walk With Me.”

Sonia Saraija in Variety writes that “Twin Peaks: The Return is weird and creepy and slow. But it is interesting. The show is very stubbornly itself — not quite film and not quite TV, rejecting both standard storytelling and standard forms. It’s not especially fun to watch and it can be quite disturbing.” Not exactly a rave, but she applauds Lynch for sticking to his unique, artistic vision.

Dominic Patten at Deadline was very succinct: “…WTF was that premiere that just aired on Showtime all about?”

Writing in The New York Times, James Poniewozik found that there were shades of Lost, Fargo and True Detective in this return to Lynch’s new opus, adding, “it’s ridiculous to suggest that Twin Peaks is borrowing these elements so much as borrowing them back.”

So, clearly, something for everyone. Read more about the new season of Twin Peaks — as well as about other shows that came back after being out of production for many years — here at this feature I wrote for Movie Entertainment magazine.  I also report on Lynch’s bizarre sit down with TV critics last January here is this article for The Canadian Press. 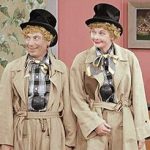 CBS puts their Marx on I Love Lucy in colour 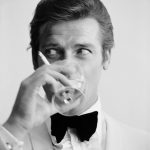