Go Brampton! We’ve finally got one of our own to cheer for as The Amazing Race Canada returns in a brand new “Heroes Edition.”

Teams were announced this week with the series premiering Tuesday, July 3 on CTV and CTV GO.

Ever since it launched, TARC has been the most-watched home-grown series in Canada and generally tops the summer prime time ratings — often neck-and-neck with Citytv’s America’s Got Talent — with around two million viewers a week.

Among the ten new teams are Joseph Truong, 23, from Mississauga, Ont., and Akash Sidhu, 22, from beautiful downtown Brampton.

“This year, when we graduated from university, we knew we had to get on the show,” says Sidhu. The two York U grads have helped launch a nonprofit business called Empower, which seeks to create accessible and affordable access to internet content through the use of smart Wi-Fi routers.

Hell, the way they keep tearing up the streets and snapping cable lines around here, I can barely stay connected in Brampton!

The dudes have volunteered a ton, working at a food banks and traveling to United Nations refugee camps in Asia and Africa. They’re also involved in the Stuff-a-Bus food drive program, an initiative whereby students help pack buses full of groceries about to be tossed at area supermarkets. They also talk to store managers about waste programs and generally just try to spread the word, along with the food.

By the way, they rate No Frills managers as among the most sympathetic to the cause.

“We’re very conversational—we don’t try to force store managers,” says Truong, who points out that in France, recent legislation can be used to fine store managers who throw away perfectly good food. It’s a movement they’d like to see in Canada.

The friends have already traveled through Asia, Africa and Europe together and speak a few languages – advantages they hope to draw on during their Amazing Race.

For more news on Joseph and Akash and the nine other new teams entering The Amazing Race: Heroes Edition, check back her later for a link to the feature I wrote this week for The Canadian Press. 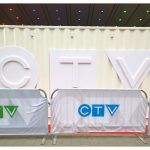 Looking back at upfront: CTV gets last word 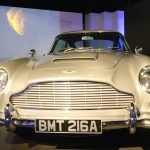