With two of the three Canadian teams already eliminated from the Stanley Cup competition, Rogers Media is all in on the Toronto Maple Leafs finally getting past their round 1 rivals, the Boston Bruins.

The two teams face off with a seventh and deciding game Tuesday night in Boston at the TD Gardens. As in Toronto Dominion Gardens — a good omen?

Rogers is banking on it. They paid $5.2 billion to lock up NHL rights for 12 years. Halfway through that landmark deal, the cable giant has not seen Canada’s No. 1 draw skate past the 1st round. In 2016, in a historically rare, worst case scenario, they were stuck bundling an all-American Stanley Cup tournament.

This year, the next two biggest draws, Vancouver and Montreal, failed to make the playoffs. Calgary and Winnipeg, both picked by many pundits as legitimate Cup contenders, ran into red hot teams and have already been eliminated.

Now it’s all on the Leafs, who drew an overnight, estimated 2,011,000 last Friday night on CBC in a Game 5 victory over the Bruins in Boston. Of that audience, an estimated 632,000 watched on CBC’s Toronto affiliate CBLT. On Sportsnet National the same night, there were an estimated 1,507,000 Toronto-Boston viewers. The halo effect saw big boosts to Hockey Central following the game, with 1,287,000 sticking with CBC’s window on the hockey highlight package.

In the late game Friday night, No. 1 seed Calgary went down in five games to the Colorado Avalanche. On CBC, an estimated 638,000 tuned in, while 572,000 saw the Flames flame out over on Sportsnet National.

The same night on Sportsnet One+, 600,000 were estimated to have watched the Toronto Raptor’s round 1 tilt against the Orlando Magic.

Saturday night, the Winnipeg Jets had the early Hockey Night in Canada slot all to themselves. This was no consolation to the estimated 931,000 fans who saw them go down to defeat in six games against a determined St. Louis Blues squad. Sportsnet drew a further 886,000 for the same game.

Baseball fans got their Blue Jays fix the same day with an estimated 459,000 watching the Jays play the Oakland A’s. TSN dribbled far behind on the night with a Milwaukee-Detroit NBA playoff game drawing an estimated 199,000 viewers. 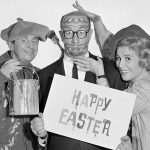 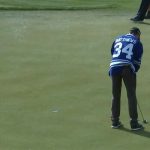