They may be out there, but I haven’t met an actor yet who doesn’t want to be in a scene opposite Nicholas Campbell.

I’ve heard Campbell praised by his director on “Goon,” Jay Baruchel; by the producer and star of Republic of Doyle, Alan Hawco, by folks involved before and behind the camera on Murdoch Mysteries and by his colleagues on Coroner.

Campbell is quick to return the praise, especially about Swan and Cross as you’ll hear on our podcast, but also about the deep pool of young acting talent in Vancouver he encountered during his years on Da Vinci.

He certainly impressed that show’s creator, writer and executive producer, Chris Haddock. Campbell tells the story on the podcast about getting the proposed pilot script Haddock had written for Da Vinci. The story had a lot to do with a horse track — a subject Campbell has more than a casual interest in — and the script did not impress the actor.

Campbell says he stormed into the Haddock’s office, unclipped the pin that held the pages together, “and just pitched it all up in the air. Chris decided in that moment that I was the actor for him.”

There are many, many great actor stories on this podcast. Many involve Campbell blurting out absolutely the wrong thing in front of acting icons such as Laurence Olivier or Gregory Peck. Campbell tells so many stories about almost getting fired for pissing off producers and directors that you know he has to be a great actor.

One thing I’d heard from others about Campbell is that he never does a line reading the same way twice.

“Actors like that,” he says. “I never tried to change what the story is — just how to say it.”

Campbell says he learned early that it is when “you’re listening that the best acting happens.” In other words, scene partners who had to listen as Campbell flips around a phrase are more likely to give an honest response. The opposite was also true; Campbell says the late Second City veteran Tony Rosato used to improvise right back when the two were shooting the private investigator series Diamonds back in the ’80s.

As Campbell would tell his acting partners, “Keep your ears open because you never know what I’m going to say” — great advice also for a reporter or a podcaster.

Follow this link to hear many more stories about Da Vinci’s Inquest, Diamonds, “The Englishman’s Boy” and his big US network break headlining the Miami Vice clone cop drama The Insiders. Listen in as well as he spins tales about David Cronenberg, Sonny Grosso, Heather Thomas, Gregory Peck, Donald Sutherland, Don Johnson and others. Me, I’m going to try and call up Campbell’s pet project and directorial effort, “Boozecan” — another favourite within the acting community. 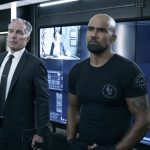 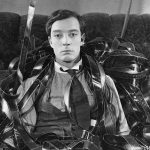