Ahoy Hearties! Sunday marks the return of the No. 1 scripted series in all of cable in America, When Calls the Heart. Super Channel is the exclusive home of the series in Canada on their Heart & Home channel.

The 8th season sees the cast and crew, including Erin Krakow as school teacher Elizabeth Thatcher Thornton, return to Langley, B.C. That’s where you’ll find Hope Valley, a pioneer village that has stood and grown in the area’s rural farmland like some sort of 1910 housing development. There’s a school and a sawmill, a hotel and a general store, a church and several homes, all built to scale and most, unlike on many other outdoor “western” sets, with real interiors inside the buildings.

It must be like working at a theme park, I suggested to Pascale Hutton, who plays Rosemary Coulter on the series. “Yeah,” she said, “with really lousy rides!”

That’s not exactly true. Way back when this series began eight seasons ago, I got a ride in the authentic, horse-drawn stage coach that was brought in from Calgary (and had been used on several other movies and TV series). My bones were rattled like I was on the old Flyer roller coaster at the CNE.

Hutton and Kavan Smith, who plays Rosemary’s husband Leland Coulter on the series, are my guests this week on brioux.tv: the podcast. We had a lot of fun on the zoom call, with both bringing me up to date on what to expect on this eighth season.

It was the first shot during the current COVID-19 pandemic. The actors say they lucked out with the timing, with all the new episodes shot between the first and second wave last summer and fall in Langley. Hutton reports that there wasn’t a single COVID diagnosis among the cast and crew. Smith agrees that working mainly outdoors probably helped keep infections at bay.

I ask about the costumes. Smith says he’s always looking for an excuse to unbutton a jacket or loosen (remove) a tie. Hutton, on the other hand, feels quite at home in her blouses and skirts, all made-to-order under the supervision of head costume designer Barbara Gregusova. The designer has four weeks to rustle up all the costumes for a season and puts her entire family to work on the cutting and stitching, including her mother and father.

“I can’t say that they’re 100 percent historically accurate…” she says on the podcast before Smith cuts her off with, “…because that would be a lie!” Doesn’t matter says Pascale, who credits Gregusova with perfectly capturing the romantic elegance fans of the series have come to expect.

Speaking of the fans, this past production season was the first time the outdoor set was not thrown open to visitors as part of a When Calls the Heart open house. Both Hutton and Smith hope the pandemic will have subsided enough to allow fans to check out the sawmill sweetie’s abode and workshop in the future.

Hutton, from B.C., and Smith, from Alberta, also talk about their path to the series. Both have worked extensively, mainly in Canada, with Smith’s credits stretching all the way back to the ’90s series Destiny Ridge before establishing himself on such genre shows as Stargate SG-1, The 4400 and Stargate Atlantis.

Hutton’s career reaches back to the feature film “Ginger Snaps 2: Unleashed” before TV roles in “Hollywood Wives: The New Generation,” Flashpoint and a lead role on the CBC series Arctic Air. She and Hutton both worked on Sanctuary at different times. In recent years, their When Calls the Heart chemistry has landed them roles together on several Hallmark TV-movies.

The series returns Sunday on Super Channel Heart & Home. Get ready for it now by following this link to the podcast. 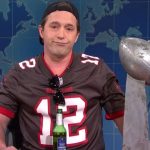 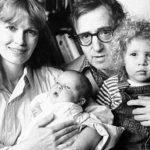