While, for a few days, the announcement seemed stuck in second gear, Crave finally copped to being the home in Canada for Friends: The Reunion. The unscripted special streams Thursday, May 27 on HBO Max in the US and on Crave in Canada.

Last December, Bell Media struck a deal to be the exclusive home in Canada of Friends, the “Must See” NBC sitcom which ran from 1994 through 2004. All six leads — Jennifer Aniston, 52; Courteney Cox, 56; Lisa Kudrow, 57; Matt LeBlanc, 53,; Matthew Perry, 51 and David Schwimmer, 54 — returned to the Warners Studio lot in Burbank, Calif., to shoot the reunion. The trailer, above, shows them goofing around, playing trivia and everything but counting the millions they got for this stunt. 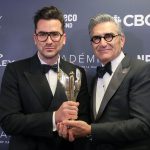 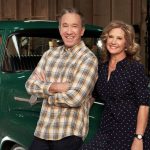