For the second week in a row, the french language, Quebec version of The Masked Singer, Chanteurs masqués, was the most-watchd TV show in all of Canada.

With 1,978,000 viewers ages two-and-up watching the season finale on TVA in Quebec alone, it outdrew everything in English Canada November 22-28 in total, Live+7 viewing, according to Numeris.

As a matter of fact, three french language shows from Quebec outdrew everything else on English Canada that same week. Monday to Thursday cop show hit District 31 averaged 1,789,000 SRC viewers and No. 3 in Quebec Revolution drew 1,642,000 on TVA.

That knocks the top-rated series on Numeris’ national English chart down to fourth place overall in Canada with CSI: Vegas drawing 1,640,000 Global viewers.

The rest of the English national Top-10 for Nov. 22-28, in terms of average-minute-audience, are as follows:

Worth noting is the fact that the US Thanksgiving holiday knocked several of the hour-long procedural simulcasts out of the running that week — hence three newscasts making the Top-10. The reduced field also allowed rookie import La Brea to sneak into the Top-10 with a million viewers.

Stranded just off shore of the Top-10 was No. 11 The Curse of Oak Island on History with 913,000 Sunday night viewers. The CFL scored spot No. 12 as the most-watched sports broadcast of the week with 890,000 playoff viewers on TSN.

Two scripted Canadian dramas also shot up the list: At No. 13, Hudson & Rex fetched 882,000 Citytv viewers and No. 14 Murdoch Mysteries was solved by 844,000 on CBC. Both shows hail from Shaftesbury. Rex and Murphy ranked 6th and 10th overall for the weeek in Toronto-Hamilton.

On Saturday night, a Christmas movie was watched by 832,000 W Network viewers, landing the specialty channel in 15th spot.

Two other sports cracked the Top-30: the NFL Sunday afternoon Early game was caught by 745,000 fans on CTV for 20th place. NHL Hockey skated to a 30th finish with 652,000 watching a Wdnesday night game on Sportsnet National. 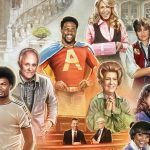 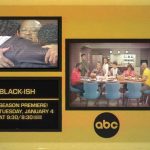