It is playoff time! Not just in the NHL with the Stanley Cup playoffs, but on Canada’s Got Talent.

Nine acts competed on last Tuesday night’s first of two semi-final rounds, and they had a surprise waiting for them at the judge’s desk: sitting in for absent judges Trish Stratus and Kardinal Offishall was none other than Jason Priestley.

He and Howie Mandel and Lilly Singh saw nine acts return to the Fallsview Avon theatre as they all attempt to make the finals. The judges selected two worthy contenders, and Canadians from coast-to-coast, who voted at Citytv.com, selected the other two.

It was nice to see host Lindsay Ell, in a lime green dress you can see from space, finally change her clothes. So too did Lilly and Howie. Lilly had on a rad black suit with wild silver fringes on her arms and legs. Howie was dressed like Howie.

Vancouver dance troupe GRVMNT took the stage first and wowed the crowd all over again. One woman kept dancing even though her hair extension flew off.

“You guys absolutely crushed that,” said Lilly. The troupe gets extra points for picking a name that can fit on a licence plate.

Read the rest of the first semi-final round recap here at the main Rogers site.

Special guest judge Jason Priestley returns Tusday, May 10 for the second and last semi-final round on Canada’s Got Talent. Watch it live on Citytv or stream it on demand at Citytv. com. 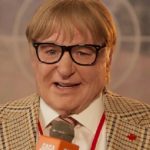 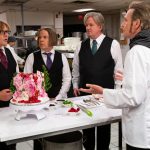 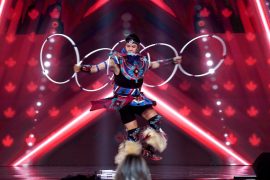