When it comes to ratings and putting today’s television landscape in context, I always call on the Programming Insider himself, Marc Berman.

The New York native has been a friend and colleague since he began attending the Television Critics Association’s semi-annual network press tours in 1999. Back then, Marc was reporting for Mediaweek; before that, he worked in the research department for NBC.

Now his insights and analysis — as well as his unbeatable knowledge of TV trivia — can be found daily at his Programming Insider site as well as at his regular contributions for Forbes online.

In this conversation, we look at the recent TV upfronts in New York and ask: have traditional broadcasters simply surrendered the future to streamers? Berman doesn’t think so but he does wonder if they didn’t blow a big opportunity this fall by not offering a more dynamic content mix for consumers.

We also talk about what constitutes a network hit today. One example: The Equalizer, the CBS series starring Queen Latifah, was just renewed for two more seasons — yet it only draws about seven million viewers a week in the United States and averages about a 1.0 rating in 18-49 viewership.

Listen in also for what he’s binging now, his favourite shows as a youngster and Marc’s all-time favourite TV theme song. Plus find out which famous TV star used to call him daily for ratings! Follow this link to the entire episode. 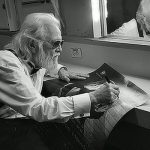 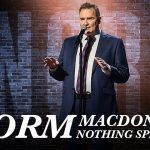