I’m still not sure how to critique, or even process, Norm Macdonald: Nothing Special.

The Quebec City native died of acute leukemia in Duarte, Calif., in September of 2021. This final, posthumous comedy performance, self-recorded from his home in the summer of 2020, shows him delivering a 50-minute comedy monologue the night prior to a risky surgical procedural. The pandemic had already shut down live audience shows, and the comedian wanted to bank his latest shtick in case, well, he was about to get the hook.

What you see then is Norm at his computer, wearing his lucky hat and earphones, doing his thing. He looks clear-eyed and healthy; young even considering a deadly diagnosis that he had already kept hidden from the public and even close friends for seven or eight years.

Macdonald takes some wild swings with the material. Much of it would have played to gasps from an audience. As always, Macdonald explores the boundaries of what is acceptable as his thoughts spill out into a comedy monologue. There are a few moments, such as when he talks about his mother, where what he is saying is so deeply felt you become lost in the emotions reflected in his eyes and face. Then, incredibly, it is back to being a bit again, and it is brilliant.

During the routine his dog barks and his cell phone rings. Nothing throws him off his mission.

As the set winds down the camera pulls back to reveal that several of Macdonald’s friends and fellow comedians have been watching along off a monitor. This gathering was recorded earlier in May in Los Angeles during a tribute to Macdonald at Netflix is a Joke: The Festival. Adam Sandler, Conan O’Brien, Dave Chappelle, David Letterman, David Spade and Molly Shannon, take part.

They all also struggle with how to process what they’ve just seen. Chappelle in particular is quite moved and relates how Macdonald helped him through a rough patch in his own life many years earlier. While they mourn Macdonald’s passing, they also marvel at his mechanics, breaking down the art behind the construction of this final set. It is fascinating to see such feeling from all of them, but especially Sandler, Spade and Shannon who all worked with Macdonald during their years together on Saturday Night Live.

Norm Macdonald: Nothing Special is very special as a private snapshot into the inner workings of a great comedian about to face the big light flashing from the back of the room telling him his time was up. It is a gift that may not be for everybody, but you’d be hard-pressed to find more heart in another 90 minutes of television.

UPDATE: For a more hilarious visit with the comedian, check out the David Spade episode of Norm Macdonald Has a Show, the short-lived and hilariously half-assed Netflix talk show series from 2018. 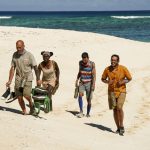 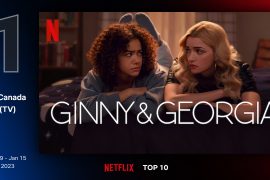