I think I was about 35 before I figured out that Billy Van played all those crazy characters on The Hilarious House of Frightenstein.

The series, consisting of 130 episodes cranked out over nine months, premiered more than 50 years ago in 1971. It is one of the most eccentric and enduring, locally-produced, TV shows ever made in Canada. It broke so many rules in childrens television that it would have to be cut it down to about four minutes to get it on a broadcast network today. (Edited versions still play on Crave, Tubi and YouTube.)

My guest on this podcast is Mitch Markowitz whose older brother Riff Markowitz became a one-man production house in Canada. He started off with his own kiddle series in the early ’60s (The Randy Dandy Show) and by the end of the decade was producing the celebrity charades series Party Game out of Hamilton’s CHCH.

Riff Markowitz took his next idea for a horror-spoof kiddie show to ‘CH. Mitch helped produce The Hilarious House of Frightenstein but also, at his brother’s urging, appeared on-camera in short segments as “Super Hippy.”

Vincent Price was flown up from Hollywood to shoot 400 introductory segments which helped the Markowitz’s syndicate the series stateside. Jumbo-sized Fishka Rais played Igor, who was always begging Dr. Pet Vet for a sloth. He was also the bumbling assistant to The Count, Billy Van.

Van wasn’t supposed to play any of them, but, as Markowitz relates, he stepped in when a Plan-A that would never fly today didn’t pan out. Van’s tour-de-force was an inspiration to Mike Myers, Jim Carrey and other Canadians who grew up with the series before hitting it big in Hollywood.

Markowitz shares those stories and talks about the recent animated spinoff in a Halloween party episode even “Brucie” — a copyright-infringing monster The Count was always trying to revive — would enjoy. He also has a very cool home museum of TV and movie memorabilia that I had the privilege to tour a few years ago. Read more about that visit here.

To listen to this episode, free anytime, simply click on the blue and white arrow above. 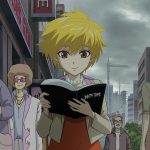 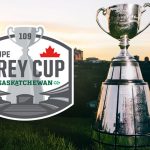