Zut alors! Season three of Emily in Paris opened in the No. 1 spot in Canada and No. 2 in the United States. Netflix says it clocked 117.6M hours viewed through Christmas and has landed in the top 10 in 93 countries. That is the strongest season opener yet for the guilty pleasure series.

On the movie side, and after only three days, the Daniel Craig whodunnit Glass Onion: A Knives Out Mystery was the No. 1 film around the world and with 35M household views (82.1M view hours divided by 2.3 hours of runtime) from over 93 countries.

Netflix also did a little year-end bragging, claiming six of the 10 most-searched shows of 2023, so hear that, stockholders. They also claim more spots in the Nielsen Top 10 than all other streamers combined with the No. 1 original series 46 out of 48 weeks so far this year.

Netflix says it scored five of the Top 10 most-popular English language series of all time in streaming this year: Stranger Things 4, Wednesday and Monster: The Jeffrey Dahmer Story (all of which crossed the 1 billion hours viewed mark), Bridgerton S2 and Inventing Anna.

Here is the complete Top-10 TV list in Canada for the week: 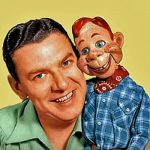 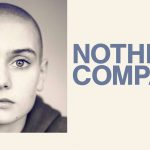