Taking the No. 1 spot on the Canadian Netflix Top-10 for the week of January 2-8 is the second season premiere of Ginny & Georgia. Starring Brianne Howey and Antonia Gentry, the mother-daughter duo was No. 1 overall worldwide with 180.47 million hours viewed. This pushed it past the puzzling heist drama Kaleidoscope, which recorded 112.32 million hours viewed, and No. 3 in Canada Wednesday. Netflix just confirmed that the Addams Family spinoff series has been renewed for a second season.

There was enough renewed interest in Ginny & Georgia‘s first season to push it into fourth place for the week in Canada. Here is how all of the Top-10 fared during the first full week of January, 2023: 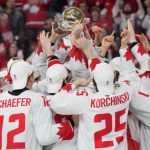 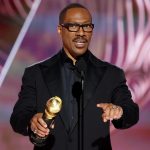