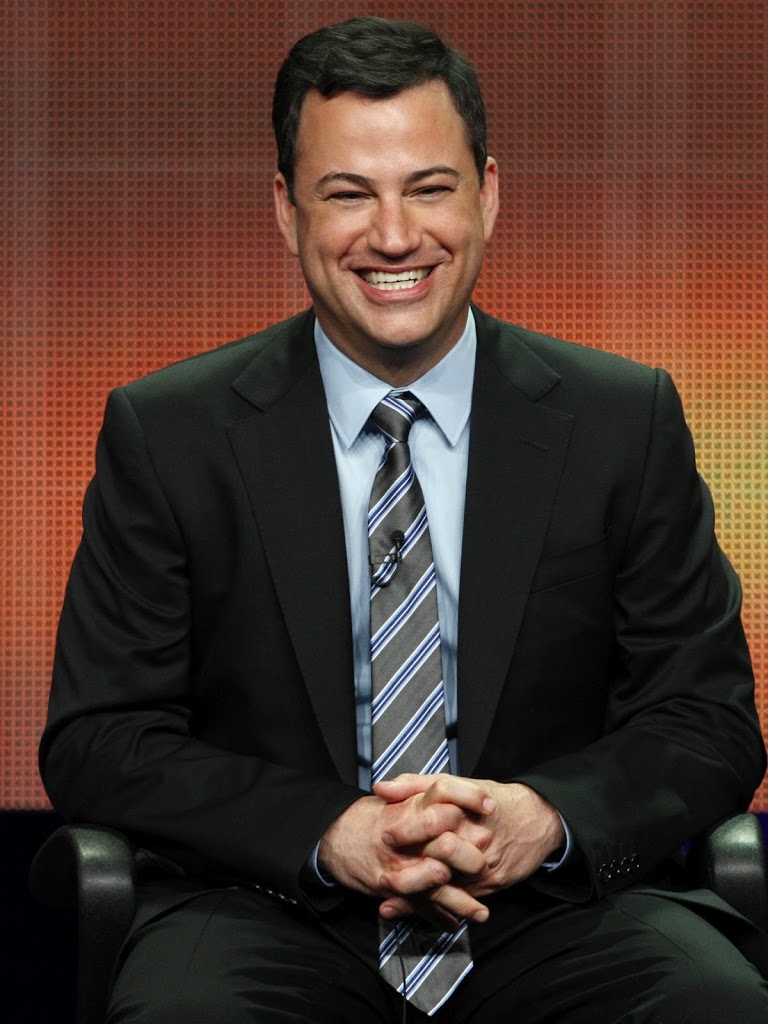 BEVERLY HILLS, CA–The Academy of Canadian Cinema and Television is struggling to re-invent the Canadian TV Awards, formerly known as the Geminis. They’ve already announced the annual Canadian TV and movie awards will be combined into one televised gala. Categories are also being scrapped in an effort to get more viewers to actually watch it 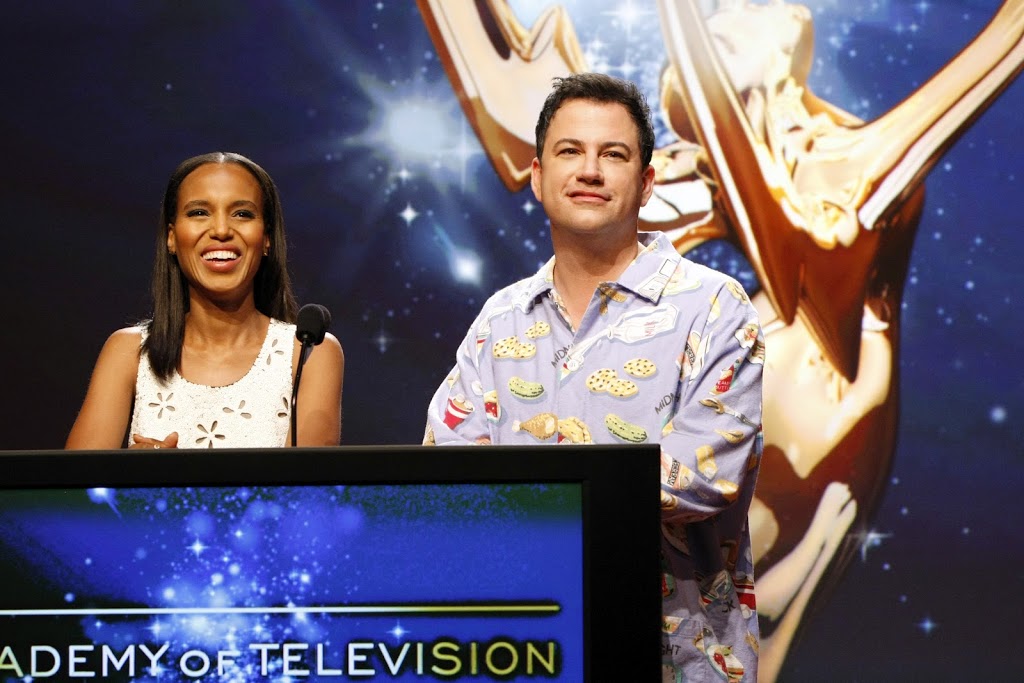 Kerry Washington with Jimmy Kimmel. He works nights And the Emmy for the greatest Emmy Awards Nomination Ceremony photo op of all time goes to Jimmy Kimmel (above, with co-presenter Kerry Washington  from Scandal and below with Washington and Academy of Television Arts & Sciences chairman Bruce Rosenblum).Kimmel is in his jammies because they announce these things

This week, CHML’s Scott Thompson seemed rattled by the possibility that I had posted a nude picture of Fabio on TVFMF. He’s referring to this shot (below) of some of the photogenic contestants from Big Brother, back for a 14th season on CBS and Global. I’m pretty sure the good folks at CBS are not