BEVERLY HILLS, CA–The Academy of Canadian Cinema and Television is struggling to re-invent the Canadian TV Awards, formerly known as the Geminis. They’ve already announced the annual Canadian TV and movie awards will be combined into one televised gala. Categories are also being scrapped in an effort to get more viewers to actually watch it on TV.
So I asked Jimmy Kimmel, at press tour to promote The 64th Primetime Emmy Awards (He hosts Sept. 23 on ABC and CTV), if he had any advice to give to the Gemini folks.
“You know, they should just use ours,” he says. “We’ve got plenty of Canadians nominated, just merge.”
Problem solved!
Kimmel is celebrating 10 years in late night this fall, a milestone many in the business never thought he’s see–including him. This year he’s nominated for an Emmy, an honor that meant more to him after he saw how excited his staff was about it.
He’s a big David Letterman fan, singling out Late Night with David Letterman as his all time favourite TV show (and Kimmel watched everything as a kid, and still tunes in to a surprising amount of TV). Dave is still his dream guest, and the CBS host has been invited on Kimmel’s show pretty much on an annual basis. “It will happen one day,” he believes.
Kimmel says he even liked when Letterman hosted the Oscars and couldn’t get enough of Dave’s Stupid Pet Tricks and other shtick.
The 44-year-old has some idea how intimidating these high level hosting gigs can be. Kimmel was so nervous about hosting the White House correspondent’s dinner earlier this year that he actually threw up in his hotel room before the show. What he learned from the experience, he jokes, is that the president is funnier than he  is.
He’ll likely be more at ease at the Emmys and was glad to have been asked to host this time–in fact, he would have been pissed if ABC had outsourced the job like they did last time they broadcast the annual industry salute.

Kimmel’s ability to say anything, to blurt the blunt truth, makes him an edgy choice at these galas. That’s a plus for viewers but probably made the Academy nervous in the past. The Golden Globes, however, keep asking Ricky Gervais back. As long as ratings stay strong, bring on the blunt.
Kimmel flashed that rapier-like wit Friday in the large scrum following his press conference. Asked if he was worried that he might have hurt Jay Leno’s feelings (his “Ten at 10”  ambush was shockingly brazen), Kimmel shot back, “Jay has no feelings.”
He admitted during the press conference that he has no boundaries when it comes to humour, at least on a personal level, although he tempers his public shtick at various times for various reasons.
He’s got a sentimental side, too. When the scrum finally wound down, I was left standing next to Kimmel along with fellow late night specialists Bill Carter of the New York Times and Neal Justin of the Minneapolis StarTribune. All of us had our moments with Jimmy over the years. Mine dates back to his Man Show days and a memorable trip he made to Toronto with Adam Carolla. The Toronto Sun asked me to show these two characters the town and it was one of those nights. Many an instant teller machine was visited.
So when Kimmel looked at the three of us, shook his head and grinned and said, “Feels like a high school reunion,” it did. 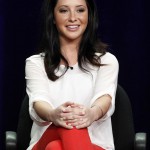 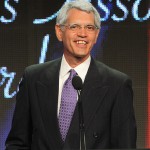