Reality television is one of those impossibly broad catch all phrases that gets stretched so thin it starts to lose its meaning. Quite often these days it stands simply for unscripted television. It generally has very little to do with reality.
Case in point are two somewhat related yet very dissimilar shows launching in Canada in the next few days, I Know My Kid’s A Star and Celebrity Rehab. Both are U.S. imports from VH1. They debut Sunday and Monday in Canada on MuchMoreMusic
Both are cautionary tales of Hollywood illusion and delusion. One is worth watching, the other is not.
Celebrity Rehab (April 28 at 7 p.m. ET) features Dr. Drew Pinsky, an addiction medicine specialist who tries to salvage drug and alcohol-addled celebrities at his clinic in Pasadena, Calif. “Dr. Drew” has been seen many times on CNN and co-hosted the relationship radio series Loveline with Man Show weasel Adam Curolla.
Celebrity Rehab finds what seems like the cast of The Surreal Life being dumped off at Pinsky’s clinic: Daniel Baldwin, Brigitte Nielsen, Jeff Conaway (Grease, Taxi) Jaimee Foxworth (Family Matters), former American Idol contestant Jessica Sierra, UFC Champion Ricco Rodriguez, Former WWF Wrestler Joanie “Chyna” Laurer (above, with Nielsen), Adult Film Star Mary Carey and Seth “Shifty” Binzer from the band Crazytown.
These are, for the most part, C-listers who are down to attending recovery sessions to get on television. Most of them have even worn out their welcome in the tabloids.

Saddest of them all is Conaway (left), who was the young stud with all the hair in the ’70s. Now he is a quivering, ruined mess, wheeled in and out of hospitals on gurneys and wheelchairs as he snorts, shoots and drinks himself into the grave.
Pinsky quickly identifies Conaway’s girlfriend as a drug smuggling enabler and orders her to stay away while he attempts to turn Conaway’s life around.
Baldwin comes off as a charming, charismatic and delusional. Nielsen, who was reduced to a tragic/comic figure in that sleazy Flava of Love series a few years ago, surprisingly emerges as intuitive and maternal here. Chyna seems lost behind her Botox mask and steroid mass. Shifty spends the first three days at the clinic sleeping off a rock star high.

Pinsky (left) has a plan and a program and directs his patients into it without ever playing to the cameras. You see him asking direct questions, probing for psychological clues to what brought these people to his door. There’s no hollering or lecturing like there is from that preening gasbag Dr. Phil McGraw, somebody Pinsky, who I spoke with this week, has utter disdain for.
What is remarkable about this show is how quickly everybody, including the viewer, gets that celebrity means nothing when it comes to addiction and rehabilitation. While your famous face might get you in the door (if you’re willing to pull your pants down this far), no agents or money can save you from yourself.
Celebrity Rehab has moments of real drama and clarity. It is well produced, packaged as entertainment but allowing viewers to see, learn and be horrified by Hollywood gone wrong. You will root for Conaway to pull his life out of a very deep ditch. Even Nielsen emerges as a sympathetic character, something that wasn’t even true when she was dating Sly.

I Know My Kid’s A Star (premiering April 27 at 8 p.m. ET on MuchMoreMusic) also offers a glimpse at how the quest for fame can ruin lives and even entire families. This time the focus is on the fame trip from the way up instead of down. Too bad the series is such a tacky, bankrupt mess.
The show is hosted by Danny Bonaduce (above) who could well have been exhibit A on Pinsky’s Rehab series. Here he is host, mentor and judge (think Ryan Seacrest, Paula Abdul, Randy Jackson and Simon Cowell if you threw them in a blender and then poured in three bottles of Jack Daniels) as 10 kids and their stage moms and dads are paraded before him in a Big Brother-like setting.
Don’t be taken in by the title, however. This is not a talent show. These kids are pathetic and their parents are creepy. The producers cast this as a freak show, hoping for fireworks and cat fights and tons of bad behaviour as the ten contestants and their families slug and stoop their way to their 15 minutes of fame.
It gets ugly when the first kid is eliminated and is seem ragging on his sorry old man. (Actually, it gets ugly WAY before that.) If Pinsky is still in business in 20 years, he will be treating all of these kids for their future addictions.
There doesn’t seem to be any hope for a happy ending on I Know My Kid’s A Star. There is on Celebrity Rehab. That’s one reason to watch one over the other, but there are plenty more. Bonaduce’s show also seems to be done on the cheap. The lighting, sound recording and camera work is all sub par. Even the music sounds stale and generic. The $50,000 grand prize reduces this further to a suburban mall level. With Danny boy as host and jury, you get the impression the producers couldn’t afford to hire a couple of 90210 grads to be judges. Welcome to Hollywood kids, you’ve just been Punk’d. 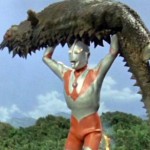 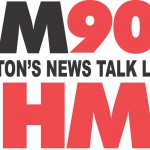 This Week In Radio Ranting