Back when I worked at TV Guide, ER was a phenomenon, far and away the highest rated drama on television. The series cracked the 40 million viewer mark on several occasions, hitting 42 mill in the US when Doug Ross (George Clooney) pulled that kid out of the storm sewer in Season Two. Consider that 10 million is a hit today and that even mighty American Idol tops out at 25 million, ER played to a much wider room. It really was one of those shows you could talk to everybody about the next day–and this was before you could catch what you missed on YouTube.
It was an even bigger hit in Canada, dominating CTV’s Thursday night schedule for a decade, never falling out of the Top-20 shows of the week.

Tonight at 10 is the finale, “And In The End…,” which follows a one hour retrospective. There will be more cameos from some of the original players, especially Noah Wyle as Dr. John Carter, the pampered young rookie who hung in there longer than any of the other Season One stars.
I remember waiting patiently to interview Wyle one night several years ago out in Pasadena on the back lawn of what was then the Ritz Carlton Hotel, the site of many a press tour. It was an NBC stars party, and big names were scarce that night. Wyle was a catch and I had my tape recorder ready.
About a minute into out conversation one of those creepy personal publicists barges in and dryly declares, “Last question.” I looked Wyle in the eye and asked, “Are you as fed up as I am with dickheads who barge in and cut short an interview before it even begins?”
Wyle looked at my name tag and at my Toronto Sun affiliation, looked at his pit bull publicist and said, “You don’t screw with Canadians.” He then gave me a full 10 or 15 minutes, which enabled me to spin a full TV mag cover story out of the encounter.

Back earlier in the shows’ run, I did a phoner with Gloria Reuben, the Canadian-born actress who joined the show toward the end of the first season. A native of London, Ont., she spoke about growing up in a mixed race family in what she not so jokingly referred to as the whitest city in Canada. I caught her on a day when the show hit yet another ratings milestone. She had to excuse herself from the phone to answer the door, where a courier was waiting with a bottle of champagne sent over from classy executive producer John Wells. Reuben was the luckiest girl from London, Ont., on television, and she knew it.
Another Canadian actor had a very brief stay at ER, but something he said has always stayed with me. Michael Ironside was one of those tough guys who played gangsters and hit men in dozens of B-movies. He landed the role of ER‘s no-nonsense resident, a bit of a sergeant to the raw emergency room recruits.
About half a dozen episodes into the series, Ironside announced he was leaving the show. ER was already a monster hit. Landing an ER gig was like winning the lottery for an actor. Guys like Anthony Edwards, Eric La Salle and Wyle cashed out at a million per episode-plus toward the end of their tenures.

Ironside couldn’t have cared less ans couldn’t get out fast enough. He left to headline his own show, the long forgotten and doomed sub drama Seaquest, which press wags were already calling Voyage to the Bottom of the Ratings before it even surfaced.
I asked Ironside why on earth he was ditching his ER scrubs. He looked me in the eye and said,
“Even a comfortable chair will kill you if you sit in it long enough.”
Ironside may be right–and I think of him whenever I’m at a career crossroads–but he could have bought himself a thousand comfortable chairs by now.
Had a chance to walk past some of the ER exteriors on the Warner Bros, studio lot last January in Burbank, Ca. The outside of Chicago’s County Hospital is just a gall stone’s throw from the stages which are home to The Mentalist and The Big Bang Theory. You can see the Chicago overhead rail line and a few ambulances parked out front. A street over is where they used to shoot The Dukes of Hazard.

Seeing this make believe melting pot helps you understand that TV really is a pretty small world, maybe even small enough to have all taken place inside the head of an autistic child as it did in the finale of another great medical drama, St. Elsewhere. All of these shows take place inside a few heads and then live in our hearts and imaginations. That is pretty damn cool.
Wells and new star Angela Bassett hosted TV critics on the interior set last summer in L.A. I’d been there before, and it was interesting to see how shabby it looked compared with all the shiny glass and well oiled teak over on the House soundstage or even the CSI sets, loaded with the latest technical gadgets. Wells made sure County General remained a well worn neighborhood hospital. The series began during the Clinton administrations early attempts at health care reform and over the years was very much part of that debate. As author Steven D. Stark writes in “Glued To The Set: The 60 Television Shows and Events That Made Us Who We Are Today,” the Clinton’s health care plans “frightened Americans so much they flocked to ER in response.”

It is a frustration even today for executive producer John Wells. “We’re actually in worse shape than we were 15 years ago,” Wells said last summer. He and original producing partners Steven Spielberg and late author Michael Crichton made sure their Chicago-based drama stayed true to its humble roots (the two-hour pilot was actually shot in a shuttered L.A. hospital). Wells says that the decay in the U.S. health care system—and how people cope with it–was actually one of the original premises for the series.
An early Newsweek cover hailed the show as “A Healthcare Plan That Really Works.” But the majority of viewers flocked to the show just to see if Dr. Ross was ever going to get it on with Nurse Hathaway, or if Dr. Green’s marriage was still in flames. The series was a smart mix of soap and social drama, populated by fascinating characters played by some terrific actors.
I haven’t watched ER in years, but I remember how blown away I was by the pilot, by that cold opening where Dr. Greene (Edwards) was awakened from a cat nap in a closet. Or that amazing live episode, repeated by the entire cast an hour later for the west coast.
In honour of Ironside, I’ll pick the least comfortable chair I can find, but I will watch tonight’s ER, just to see how it all ends. 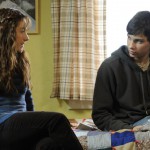 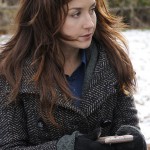 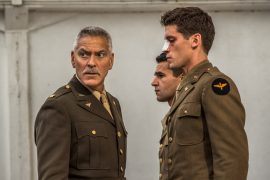