Look, up in the sky. It’s a bird, it’s a plane–it’s more sky high Personal People Meter numbers.
Are Canadians really this hungry for House? The new season‘s second episode drew 3,440,000 Global viewers Monday night according to overnight estimates from BBM Canada. As tabulated under the new PPM methods–introduced one month ago–that makes it more than twice the draw in Canada as it is, proportionally, in the U.S., where Monday night it averaged around 14.5 million viewers.
At 9, the season premiere of Lie To Me pulled 1,862,000 on suddenly resurgent Global. Honest!
CTV is also partying like it is 1999. Check out these Monday numbers: The two hour performance episode of Dancing With The Stars 2,318,000. CSI: Miami 2,626,000 (again, about twice what the same show got, proportionally, in the U.S., where it averaged around 13.4 million in the overnights). The CTV National News 1,255,000.
Hmmm–seems nothing boosts a Broken Business Model like BBM Canada. Look at how the Save Local TV guys are doing with all those A stations they’re probably happy they hung on to now. Monday night on A: Two and a Half Men 1,071,000. Big Bang Theory 991,000. Even Castle, coming on in the States, drew 523,000 at 10.
City’s pick up of How I Met Your Mother is paying off with 761,000 tuning in Monday night. Jenna Elfman’s new comedy Accidentally on Purpose drew 560,000 on City, with new paramedic drama Trauma adding 598,000. Dropping by the day, however, is The Jay Leno Show, down to 397,000 Monday night on City.
All of this on a night when another 849,000 Canadians were watching Monday Night Football on TSN. It all adds up to a lot of people watching television on a Monday night.
The only network not getting a lift from the PPM numbers, apparently, is CBC. Little Mosque on the Prairie returned Monday night to an audience of 504,000–right around where it averaged last season. The National pulled 520,000 at 10 and 456,000 at 10:25, way behind the private network national newscasts.
Did people tend to log in more when they watched CBC under the old People Meters and under report when they watched all that Yankee stuff on other networks? Surely Mercer, Dragon’s Den and Battle of the Blades will get a PPM lift. Advertisers must be drawing their own conclusions in what has been one wild roller coaster of a September in the Canadian ratings game. 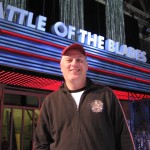 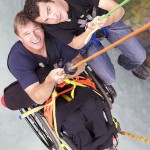