Rick Mercer roared back with 1,295,000 CBC viewers last night, the best start-of-season numbers for the topical comedy series to date.
The seventh season opener, featuring a B.C. bungee jump with Man in Motion Rick Hansen, was well over last season’s average of about a million viewers a week according to BBM Canada overnight estimates. The Rick Mercer Report is CBC’s highest rated entertainment series.
The new Personal People Meter data may have helped boost Mercer’s latest opener over the highs he hit last season, including a visit with Mississauga mayor Hazel McCallion. That show drew 1,289,000 viewers.
Next Tuesday at 8/7c, Mercer travels to Nova Scotia to join the crew of the famous Canadian schooner, the Bluenose.
CBC enjoyed a strong night all around, with 774,000 tuning in for the 17th season premiere of This Hour Has 22 Minutes. And Being Erica scored one if its highest ratings ever with its second episode of the season, 793,000 viewers. Even Jeopardy! at 7 was back up over a million, scoring 1,131,000.
Still, CBC finished behind both Global and CTV for the night. At 8, Global’s ever steady NCIS scored 2,338,000 across Canada. Another 1,941,000 Canadians were watching CTV’s Dancing with the Stars simulcast.
CTV’s So You Think You Can Dance Canada stayed solid at 7 with 1,425,000 (all numbers BBM Canada “commercial” tallies). CTV finished the night with Law & Order SVU (1,589,000) and another high-rated National newscast (1,271,000). Hot Global rookies NCIS: Los Angeles (1,837,000) and The Good Wife (1,328,000), along with tonight’s contender Glee, are helping it challenge CTV’s Canadian Top-20 dominance for the first time in a decade.
City stations across Canada were factors in their markets, with Hell’s Kitchen (788,000), The Biggest Loser (735,000) and The Jay Leno Show (521,000) all having strong nights. Even the Blue Jays drew on Sportsnet, with 489,000 catching their fifth win in a row (now that it’s too late). 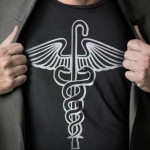 Ken Burns Latest a Walk in the Park