Have an article in Wednesday’s Toronto Star on Tyra Banks going from “America’s Next Top Waddle” back to her slim, Size 8 supermodel self. Read the full story here at the newly redesigned thestar.com.
Banks apparently shed 13.6 kilos and dropped four dress sizes. So much for her defiant, on-air declaration two years ago to “kiss my fat ass.” Forbes still has her as a heavyweight at the bank, calculating she hauled US$30 million between June of 2008 and 2009 and ranking her No. 1 among Prime Time’s Top Money Earners.
Pressure to be thin still prevails in Hollywood. Compare Rebecca Romijn (Eastwick) and Julie Bowen (Modern Family) from how they looked while shooting their pilots–when Romijn had just given birth and Bowen was eight months pregnant–and how they look in subsequent episodes. Talk about slim fast! 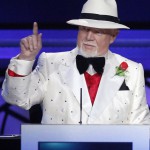 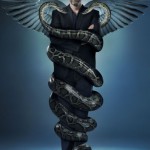