My son came home from high school today and said his English teacher nailed him on his first essay assignment of the year. Seems he strayed a tad off topic.
I told him I did the same thing last week with a story I had recently been assigned at a newspaper. I was asked to deliver an essay on two shows. When I went back and listened to the press tour interviews I would be drawing from, I found the creator of one show had what I thought was some pretty illuminating things to say. I tilted the story his way and pressed send.
Trouble was, that’s not what my editor expected. So I took the feedback, balanced the story back toward the original pitch, and re-sent.
The lesson: everybody needs a do-over every now and then.
Even the brains behind TV’s No. 1 comedy, The Big Bang Theory (returning for a fourth season tonight at 8 p.m. on CBS and CTV). Seems they screwed it up the first time. A bangless original pilot occasionally surfaces on the Internet but is usually quickly ordered down, probably by co-creator and executive producer Chuck Lorre. “We should have burned that sucker,” Lorre told critics last summer at press tour.
The first pilot didn’t have the rhythm, relationships or even the casting right. Jim Parsons and Johnny Galecki were there but the other key cast members were not.
Lorre says he’s grateful CBS gave them a do-over to write another script and recast the parts won by Kaley Cuoco, Simon Helberg and Kunal Nayyar. “We knew, and everybody, both at Warner Bros. and CBS, and [co-creator Bill Prady] and I knew, the gold we had in Johnny and Jim. I mean, we knew we could build from that. That was clear that they were terrific even though we didn’t have the script right at first.”
Prady says one scene in the first pilot–where Sheldon and Leonard are discussing what to do about a crying woman on the street–did give them a clue to follow. “That’s what’s going to set this thing apart if we can make it work,” Prady realized. “So, you know, I mean, it’s embarrassing to have your failures out for people to look at, except what you can see in the middle of that failure is hopefully what’s the core of what ultimately made it work.”

Which brings us, in a round about way, to the new comedy that follows Big Bang tonight at 8:30 on CBS (and airs Sunday at 8 on CTV), S#*! My Dad Says. This is the show that stars Williams Shatner that is based on a Twitter feed about a cranky dad who says outrageous things. That was the pitch, and CBS bought into it.
The first pilot, however, was S#*!e. Shatner, who at 79 had never done a sitcom before, wasn’t the problem. The creators simply missed on trying to milk a series out of this one joke premise. The older son and daughter-in-law, played by ex-Mad-TV players Will Sasso and Nicole Sullivan (left with Shatner), were whiny and annoying, really loathsome. The actor hired to play opposite Shatner as the younger son who moves home just didn’t have the right push back for the part. Some of the jokes were like Twitter water torture.
A few weeks ago, CBS sent out their do-over. While they didn’t turn S#*! into gold, that pilot, which airs tonight, is a big improvement.
The new son, named Henry, is played by Jonathan Sadowski (She’s The Man). He stands up to Shatner’s cranky, 72-year-old dad. Instead of recasting Sullivan, somebody showed her the original pilot. Her performance is dialed way back, almost as if she was recast. She’s much more likable now, and so is Sasso.
There still are some crude clunkers in the script, but there are also some much funnier lines. Veteran sitcom director James Burrows helmed both pilots, and seems to over direct at times in the version that hits the air tonight. Still, the series approaches the tone from the last hit from executive producers David Kohan and Max Mutchnick, Will & Grace.
A lot of viewers tonight will tune in for Shatner and he shows the same comedy chops he worked all those seasons on Boston Legal as well as in many of of commercial endorsements. He also finds a way to make this hard-ass crabby dad sympathetic, somebody you’d want to spent time with every week.
My son says S#*! My Dad Says can now be upgraded to Crap My Dad Says. We’ll see if he revises his review as the season progresses. 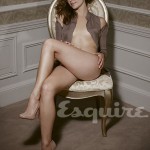 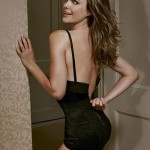