So he didn’t re-invent the wheel. Conan O’Brien delivered pretty much the same show he’s been doing in late night the past 17 years with the launch Monday night of his TBS series Conan. The set looked eerily similar to his Tonight Show digs, even though one was on the Universal lot and the new one is at Warners. The opening titles, short and snappy as the new theme (partly penned by O’Brien), had that familiar graphics and animation thing happening. The band (Jimmy Vivino’s Basic Cable Band) and sidekick/announcer Andy Richter switched sides, almost just to see if anyone noticed. O’Brien made a big deal out of how he could reach out and touch the fans in the front rows now but there still seems to be too wide a gulf between him and the studio audience.

Not they you could tell from the enthusiastic welcome he got Monday night. The Team Coco rally continues. People love the big red-haired dude, hockey beard and all.
The elaborate opening sketch killed. O’Brien got himself all machine gunned several times in the opener, shot up in a hail of bullets from anonymous NBC execs who looked like villains from The Matrix. There was plenty of star power in the details, with Mad Men‘s Jon Hamm and Ricky Gervais in on the Coco bonking. Here’s the rest of O’Brien’s clever cold opening:

O’Brien had months to work on his monologue and it was all gold. He called the show Conan to make himself harder to replace. His new show had already scored with TBS’s biggest demographic–people who can’t afford HBO.
The Masturbating bear made a hilarious cameo in what was supposedly a local NBC lotto spot. The Internet contest to pick the first guest kinda died on the show as a lady in charge of a nutcracker museum walked past the desk and right our into the Warners lot. Typical Conan shtick, with the host milking the misses as well as the hits. Funnier would have been another first guest contest finalist, Pope Benedict XVI, on a monitor with one of those Clutch Cargo moving lips segments. Get Robert Smigel back involved with the show.
The interview segments were just as lame as they are on every late night talk show. Seth Rogan got bleeped three times, proving basic cable is just as fuddy as broadcast when it comes to language.
Towards the end, O’Brien jumped into a spirited jam with Jack White and the Basic Cable Band. It reminded me of how he rocked out his last NBC Tonight telecasts. You won’t see Jay or Dave do any guitar solos, but O’Brien needs to unplug his guitar and stash it for special occasions, me thinks.
As a fan, I was happy to see O’Brien and Richter back on television. They have a connection, to each other and to the audience, and know how to entertain. O’Brien’s shows are best when the host is challenged and in a corner. Hopefully he’ll keep finding ways to stay on that screwy edge, even without NBC around to provide it.
Hanging over the show was a giant, 3-D moon, right behind the host, casting a glow on the wide ocean side backdrop behind the coach and desk. Right away it reminded me of Jackie Gleason’s old Honeymooners moon, the one from the titles. That has to be good, right? Maybe it’s there to protect O’Brien from asteroids, like network ratings (although his opener drew over 4 million to TBS last night, which is a good night for Leno or Letterman). A full moon usually means trouble, which, in late night, is all you could ever hope. Maybe he was just mooning NBC, or maybe it is there to represent a small step as well as a giant leap. O`Brien should get many moons to find out. 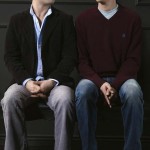 This Week’s Podcast: a real fix for late night 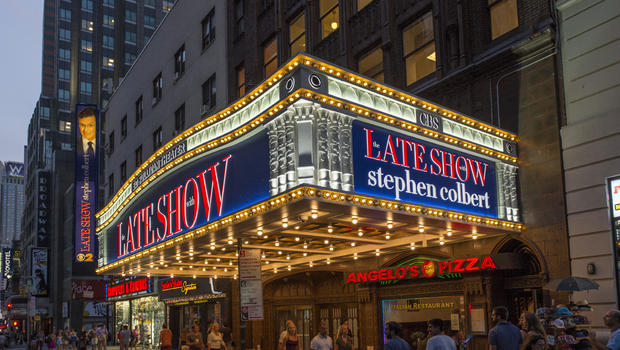