I loved that Tom Cochrane song Life is a Highway the minute I heard it. It is the perfect car radio, turn it up real loud song.
You can hear it tonight along with dozens of other homegrown pop tunes on Life is a Highway: Canadian Pop Music in the ‘90s (Sept. 15 and 22 at 8 p.m. ET on CBC).
The two-part Doc Zone special, directed by Gary McGroarty and written by Neil Jennings, covers an explosive decade in Canadian music. Female artists, especially, dominated the world music stage led by Celine Dion, Shania Twain, Alanis Morissette, Sarah McLachlan and k.d. lang.
It was also a great time to be in a Canadian indie band. Spoke with Murray Foster for a piece in today’s Toronto Star about the special. The former Moxy Fruvous band member (now with Great Big Sea) was part of that exploding music scene 20 years ago in Toronto. He recalls telling friends, “There’s this band Barenaked Ladies, playing at the Horseshoe, and they just blew the roof off with acoustic guitars…”
Read the full Star story here. 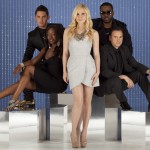 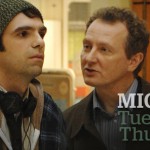