Caught up with Allan Hawco, Sean McGinley and the chummy Republic of Doyle gang Friday in Toronto. Six of the main actors from the series assembled for press sessions at the Duke of Wellington pub buried deep within First Canadian Place. The pub setting was fitting for the CBC series from St. John’s, which returns for a third season Wed. January 11.
Hawco & Co., who wrap shooting this week, were snowed out on an earlier planned trip to T.O. to crash the CBC’s Winter launch. They were all still buzzing over the guest star turn by two-time Best Actor Oscar-winner Russell Crowe. All involved said it was a hoot hanging with the man, who appears in the season premiere. Crowe is buddies with Great Big Sea singer Alan Doyle and his actor pals Kevin Durand and Alan Doyle. Hawco, who met Crowe ten years ago, thought if he could book the other three as guest stars on his P.I. drama he might land Crowe, who had expressed an interest in appearing. The ploy worked and Hawco flew Crowe all the way from Down Under to St. John’s to rumble with the Doyle boys.
There are plenty of other guest stars packed into Season Three. Both Gordon Pinsent and Nicholas Campbell reprise roles from previous seasons and Newfoundland native Shannen Tweed also makes things uneasy for Malachy’s main squeeze, Rose (Lynda Boyd).
Boyd was at the press event, as was Krystin Pellerin (wronged cop Leslie Bennett). Marthe Bernard (Tinny) and Mark O’Brien (Des) were also present and talking about the wrestling flick they shot together earlier this year. Look for Beat Down, which also features Trailer Park Boy Robb Wells as Bernard’s ex-wrestler dad, sometime in April. 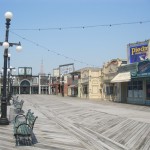 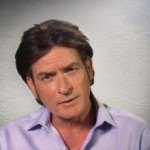 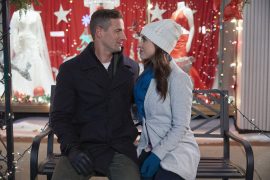 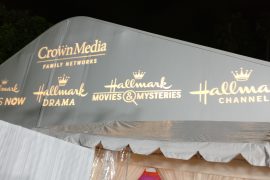