BEVERLY HILLS, CA–It was a beautiful day in the neighborhood this morning as PBS hosted a breakfast for early risers at the TCA press tour. On each table were several machine washable coffee thermos, compete with a little red knit sweater–just like Mister Rogers used to wear, only shrunk.
Fred Rogers died in 2003 at 74. The children’s television icon used to people his long-running series with puppets, the first of which was little Daniel Striped Tiger. Daniel Junior is now a TV character aimed at today’s toddlers in Daniel Tiger’s Neighborhood, which premieres Sept. 3 on PBS.
On hand to talk about the venture were executive producers Angela Santomero and Keven Morrison as well as Joanne Rogers, widow of the soft spoken guy in the sweater.
“I think he would have been amazed at the love that’s been shown and all the tributes to him since his death,” said Rogers, who looks like a cheerier Barbara Bush.
Mrs. Rogers has not only seen the Mister Rogers Auto Tune mash up going viral on YouTube (commissioned by PBS, its had over 5.6 million hits!) but she loves it. You can check it out here.
“I loved it because it reminded me of the Fred at home, she told reporters. “He was whimsical and he loved to be silly and so do I. We really were silly people.”
She was asked about how they met. Rogers was looking to study music and a prof at Dartmouth told him to check out this Florida college. He did and that brought him into Joanne’s neighborhood–and so the silliness began.
I remember Rogers coming to press tour a few times over the years. The final time, he delivered a message against violence that resonates even more today, especially over the last few weeks. That visit was in the wake of the 9/11 attacks, when Rogers produced some televised messages to help calm fear among young viewers.
Years earlier, as I recall, a few reporters brought their young children to the hotel to meet Rogers in person. He completely ignored the adults in the room and just gave everything to those kids. It was perhaps the most appropriate behaviour I’ve ever seen at press tour.
Daniel Tiger’s Neighborhood seems well meaning and a nice way to extend Rogers’ legacy but I wonder if something may be lost in the translation. There was something wonderfully crude and handmade about Rogers’ simple show and a computer animated spin-off just seems like a misfire.
Executive producer Morrison admits costs were a factor in going with a flash system of computer animation on the series. He says the process is enhanced by using photos of actual wool sweaters and grass and digitally blending those elements into the mix.
Morrison is entitled to his opinion but it still looks like cut out, short cut animation to me and I wonder what today’s three- and four-year-olds will  think. Kids can be pretty harsh critics.Why not, as one critic asked, just tell these tales with hand puppets the way Rogers did?

My first memories of watching television include early mornings in front of classic Fleischer Studio Popeyes and those rich Warner Bros. Merrie Melodies and Looney Tunes. Those fluid, perfectly-timed cel renderings lit my imagination. I was never distracted by how Popeye moved, I just believed he was real, and if I could just get my hands on a tin of spinach, I could lift a car.
Classic cartoons were an aural treat, too. Full orchestras would play Sousa marches and precisely-chosen popular standards on those theatrical cartoons. Hearing them decades later on television was as much fun as seeing them.
Part of their appeal was that they were so weird. Maybe it is more important to have educators and consultants vet every word written in today’s kiddie show scripts but I still think these kids are missing out that Michael Maltese isn’t putting words in Daniel Tiger’s mouth.
Would Fred Rogers have approved? According to the missus, the was plenty of room for silly in Mister Rogers Neighborhood. 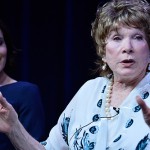 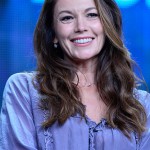