Tonight’s the night when “The Women Tell All” on The Bachelor Canada (9:30 p.m. on Citytv).
Last week, when I was in picturesque Victoria, B.C., for the taping, it looked like they might show all, too. With all those crazy high heels and skirts hiked up the ying-yang, my money was on a wardrobe malfunction.
Alas, no such luck. Sixteen of the 25 women who participated in the reality show returned for tonight’s televised diva dish-off. We learn that everybody loved Gabrielle despite her big mouth, that Chantelle is still a virgin and that finalist Whitney is an even bigger handful than was previously thought.
Host Tyler Harcott looks right at home in the town hall-like session, conducted on a set that could pass for Austin Powers’ love pad. At one point he even had the cheek to ask the ladies if any of them had undergone any “augmentation.” Several hands shot up but nothing else moved.
I wrote more about the Bachelor Canada taping for The Canadian Press. You can jump to that article here.
Next week (Nov. 21), bachelor Brad Smith makes his final decision between Bianka from Mississauga, Ont., and Whitney from Calgary. Decisions, decisions. 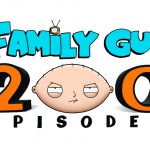 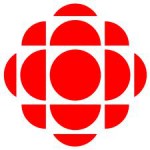