OTTAWA–Parliament might have been prorogued, but that hasn’t shut down the political shenanigans on the set of The Best Laid Plans.

The six-part CBC miniseries, coming early in the new year, stars Jonas Chernick as a political operative who catches his girlfriend with another man and wants out of the dirty business of politics. First, however, he has to work one last nasty campaign.
Producers Brian Dennis, Phyllis Platt and Peter Moss have assembled a “Who’s Who” of Canadian acting talent to perform the miniseries. They include veterans Kenneth Welsh as a surprise candidate, Sonia Smitts as the prime minister, Mark McKinney, Eric Petersen, Ron Lea, Peter Keleghan and Leah Pinsent. The story is based on author Terry Fallis’ novel of the same name.
Moss, also the director, read the novel last year and saw miniseries gold.
On the day of my visit, Chernick (My Awkward Sexual Adventure) was shooting scenes opposite Raoul Bhaneja inside the historic Laurentian Leadership Centre on Metcalfe St. Once home to the richest man in Ottawa, the century-old estate is a historical landmark inside and out with fine wood paneling, several fireplaces and period furnishings.
Chernick and Bhaneja ran through a few extended takes of rat-tat-tat-dialogue reminiscent of the old screwball comedies of Preston Sturges, Frank Capra and Billy Wilder. Moss suggested the cast study the classics and Chernick boned up on Mr. Smith Goes to Washington and The Philadelphia Story. Bhaneja sees it more as a cross between Yes, Minister and House of Cards.
Bhaneja is one of those guys who works all the time, shooting episodes of Motive, Murdoch Mysteries, Saving Hope and The Listener in the last year alone. His long stretch of dialogue on this day was no problem for an actor who has handled Hamlet, a killer part he explored to great effect in his excellent 2007 documentary, Hamlet  (Solo).
Chernick has had a similar resume since his regular stint on The Border. The Winnipeg-native is on a roll with My Awkward Sexual Adventure emerging as a festival favourite. He sees The Best Laid Plans as “the role of my life.”
The first six episodes covers about half the book and Fallis is on to a sequel so, who know, it could very well wind up being a role that will take several years of his life.
Joining Chernick and Bhaneja in the political mix is Sarah Allen, who has also been cast in the upcoming Global medical drama Remedy. Allen was doing double duty the last few weeks, shooting TBLP in Ottawa and then flying to Toronto to shoot scenes opposite Enrico Colantoni and Dillon Casey on Remedy (premiering in the new year on Global). Moss had high praise for Allen who he sees as an actress with a great gift for comedy.
The cast, in turn, all had praise for Moss’ ability to tweak their performances with a well-placed word or two. There was so much good will around, in fact, it was hard to believe the Parliament buildings were just down the street.
It helped that it was a gorgeous, sunny day on the Ottawa location shoot and the weather and scenic surroundings put a bounce in eveyone’s step. All the actors were knocking the fine light oak in the Laurentian Leadership Centre that this coast-to-coast made-in-Canada production boom continues. Besides this series, Ottawa has hosted several Lifetime TV-movies of late.
If I have to pick on something it is that the craft services table on the day of my visit offered nothing but really healthy fare. Do they just not want journalists to visit? The Best Laid Plans wraps production in about a week.
Brian DennisCBCJonas ChernickPeter MossPhyllis PlattRaoul BhanejaSarah AllenThe Best Laid PlansUncategorized 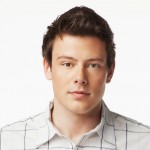 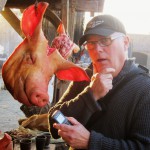